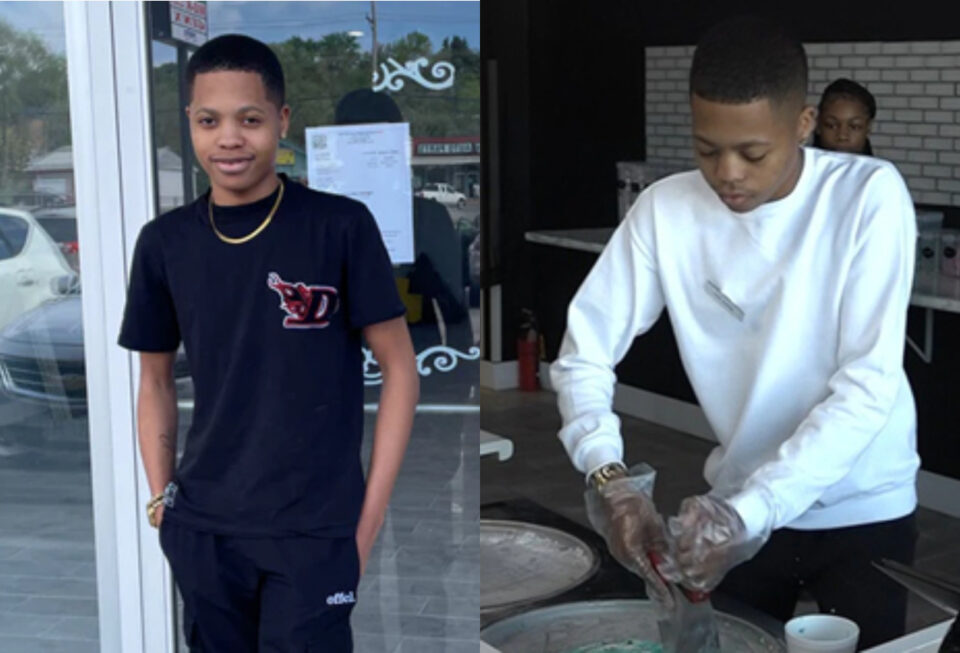 Meet A’Ron Burns, a 17-year-old high school student and entrepreneur from Omaha, Neb. who has launched his own brick-and-mortar ice cream shop called Roll-N-Sweetz. He makes history as one of the youngest restaurant entrepreneurs in the state of Nebraska.

A’Ron launched Roll-N-Sweetz Rolled Ice Cream Shop last year as a subsidiary of the Burns Family LLC, wherein he is the president. He was also thinking of pursuing a career in criminal justice before. But he decided to push through with entrepreneurship because he wanted to create a business that fills a void in his community while connecting with people as well.

“With entrepreneurship, I can provide jobs, I can provide peace, I can provide comfort. And with ice cream, it’s also an emotional support food. So, it also would help me connect to people who are going through things I might not know, but the ice cream might help,” A’Ron told WLBT.

The ice cream shop was not his first attempt in business. He once opened an e-commerce store that failed, but instead of giving up, he used that failure to try again with a new endeavor. That’s when he worked harder, even sometimes skipping lunch at school to make calls to potential investors. His mother Alexis Burns saw all his determination and decided to support him all the way.

“Me investing and contributing and actually showing him, ‘Hey I’m quitting my job, I’m cashing in on my 401k, I’m giving this my all. Because this is a dream that you want. And I believe in you. I’m gonna trust you to do the right thing,” Alexis said.

A’Ron is confident that his business would do well and he hopes to someday expand Roll-N-Sweetz all around the country.

For more information about his shop, visit RollNSweetz.com.