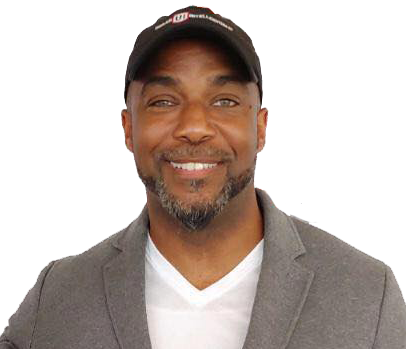 Taylor is proof that it doesn’t take a lot of money to make money. Often, it just takes action and the willingness to keep going after you fall.

Freddie Taylor is the Founder and CEO of Urban Intellectuals —  a company committed to shining a light on the forgotten pages of Black History. In 2017,  he launched his first product, Black History Flashcards, with $1500. In only a few days, his initial order of 500 decks of flashcards sold out.

“I became infatuated with history while in grad school and wanted to push history knowledge to my people. I had the idea of flashcards in 2011 but I thought it was silly,” Taylor told Black Enterprise. “All I had to do was test the market. It took me six years because I just didn’t try.”

Taylor’s idea was an instant hit. After ordering 12,000 more decks of flashcards and selling out immediately, Taylor had to expand his vision beyond his home and into a fulfillment center. “You have to be agile and ready to work quickly. If your idea works, you may outgrow your initial setup. You have to be  ready to move to the next stage.”

Urban Intellectuals has sold over 300,000 Black History Flashcards all over the world. Since launching the first volume of flashcards in 2017, the company has crossed the million dollar mark several times and has already garnered noteworthy partnerships, including a collaboration with JetBlue in 2018 and 2019 and a large display of the flashcards throughout terminals in the John F. Kennedy (NY) and Newark (NJ) airports.

“In business, people are always looking for the silver bullet,” says Taylor. “The truth is there is no silver bullet. You just have to go see what works. When the market starts to show some signs of liking your offering, you have to pour the gasoline on it and go for it. The market will tell you if something is valuable with their dollars.”

Learning and Lifting Others Up

Taylor isn’t a rookie to the entrepreneurship scene. He’s been in the internet marketing space for years and has used Google AdSense and analytics to build six-figure businesses, including a website design business. He attributes the power of coaching and reading to his success today. “The reason why you are not where you want to be is because you just don’t know something,” Taylor explains. “That’s why I’m always trying to study, read, and put more information into my knowledge base. I also pay for coaching so other people can help me figure out what I’m missing.”

As Taylor continues to achieve his goals, he’s on a mission to help more black people do the same through his “move the decimal” movement. He focuses on black economics and empowerment to combat high unemployment numbers.  “Our unemployment numbers are drastically higher than the nation’s average. We don’t have enough black businesses to hire our community. We have to build businesses that can move the decimal along farther enough so they can bring on employees.”

Taylor received a bachelor of science and a master of business administration from Southern Illinois University Carbondale. But he’s going beyond his formal education to move the decimal in his business. “If I wasn’t consistently learning, reading, and building, that MBA would be useless because I earned it 20 years ago. You have to stay current with the trends and be committed to becoming an expert in your field.”

Taylor is passionate about creating a new narrative of Black culture. For black entrepreneurs who want to make an impact and move the decimal, Taylor offers these words of wisdom: “Study, study, study. You have to take action and not get frustrated with a little bit of failure. Go before you’re ready. By the time you wait to get ready, you probably missed the opportunity.”