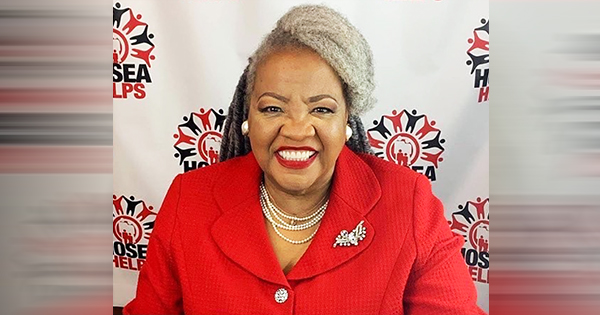 Elisabeth Omilami is the CEO of an Atlanta-based food bank Hosea Helps. Her father, a civil rights leader named Hosea Williams, started it in 1971, and today it’s the largest Black-owned food ban in the southeast part of the U.S.

When her father launched it, it was originally called Hosea Feed the Hungry and Homeless and it was known for providing hot meals, clothing, haircuts, and other services to the community on holidays. Omilami, who is a human rights activist herself, had supported her father’s efforts for over 15 years before she had to pick up the baton when her father passed away in November 2000. Since then, she has grown the brand and has broadened its reach nationally, providing not only food and clothing but also rental assistance, employment assistance, emergency shelter, and more.

Despite setbacks such as getting displaced from its headquarters and going through the pandemic, Omilami managed to keep doing the organization’s purpose which is to serve the people. She was also able to secure $2.8 million in funding from a fundraising campaign which allowed them to move into a new four-acre property and increase staffing.

“We have an excellent brand in the Atlanta area. So, people know that if they give to Hosea Helps, it’s going to be used for the people in need. And that’s where your faith comes in. You just suck it in and keep walking day by day, trusting God, knowing that you’re doing God’s work,” Omilami said in an interview with Style Blueprint.

Now that Omilami helped stabilize the infrastructure of the organization, she said she hopes she could also return to her other passion which is acting.