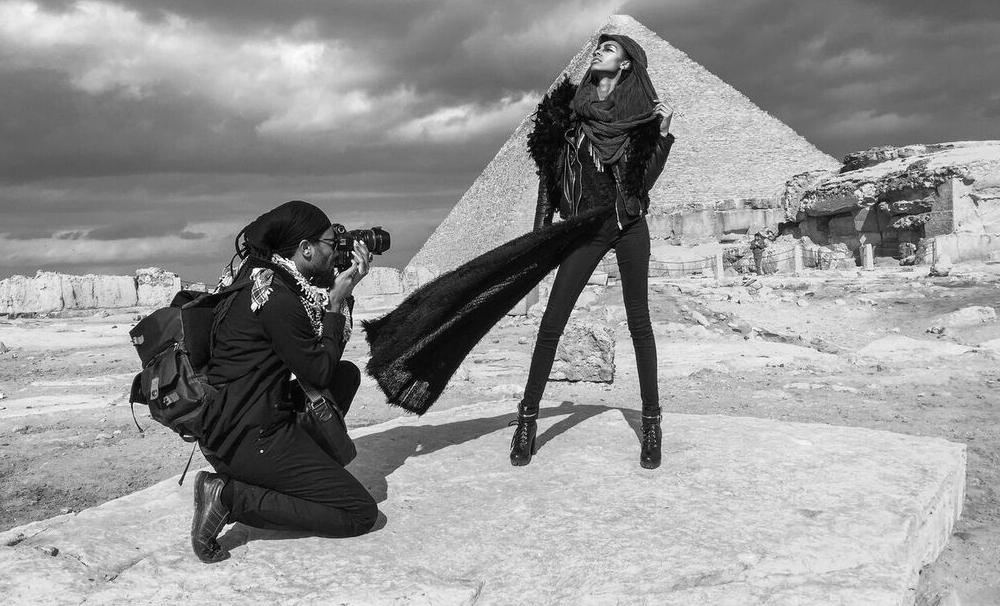 While “fashion” generally refers to clothing, it encompasses much more than the popular trends that a person may follow. Footwear, furniture design, makeup, accessories, and most importantly the human body are all distinctive creations that play a significant role in cultural awareness and the society.

We constantly see print, digital, and TV ad campaigns that illustrate a brand and bring the product to life, but more often than not the person capturing these stories goes unseen. Shamayim is a professional photographer with a concentration in fashion, editorial, advertising, and beauty. His work can be seen gracing magazines and advertising campaigns in the United States, South Africa, the Caribbean, London, and Paris. Inspired by culture, ancestry, spirituality, and power, Shamayim is adjusting the conventional lens through which mainstream media and fashion outlets view models.

While in college, Shamayim was friends with a woman who wanted to be a model. “She was a very intelligent, beautiful, and classy black woman,” Shamayim tells BE Modern Man. “I didn’t understand why women like herself were not represented within the high-end fashion industry.” There were only an acute group of token women of color in mainstream international fashion publications and this did not sit well with the burgeoning photographer. “I knew that I had a passion to change that and so I set forth on a mission that would create a new standard of beauty. Dr. John Henrik Clarke stated, ‘To control a people you must first control what they think about themselves and how they regard their history and culture’.”

Traveling to remote areas of the world to capture an image, Shamayim realizes the power that he holds within the scope of his lens. Photography, and specifically fashion photography images, has the power to influence millions. Shamayim tells BE Modern Man that “Those who control the media’s image of their culture also controls the collective self-esteem of their culture. Fashion models in general are the unspoken champions of their culture’s gene pool.” Gracing the pages and covers of magazines, commercials, and digital outlets, models are often considered to be the beauty representatives of a group so it is imperative that our group is honored within the industry.  “If our women are not celebrated and held to the highest standards of value in the media then we damage the self-esteem of our people as a collective.”