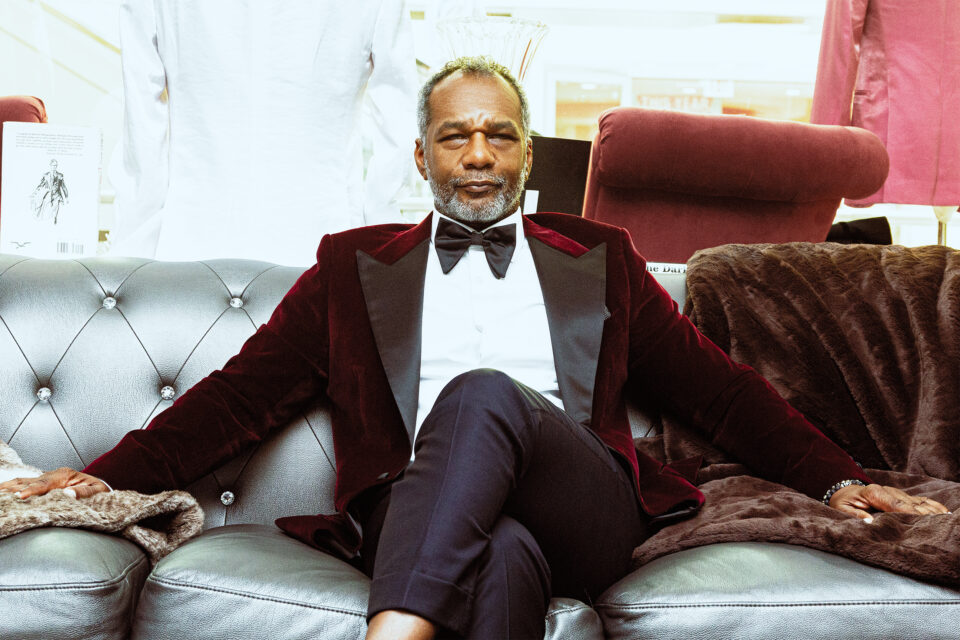 Meet Miguel Wilson, a celebrity menswear designer and groomswear expert who has been a consistent advocate for Black luxury across all industries.

For more than 20 years, Wilson has been the man behind the scenes crafting the signature tailored looks seen on the likes of Bishop TD Jakes, Pastor Jamal Bryant, filmmaker Will Packer, Lil Wayne, Akon, a few of the husbands on The Real Housewives of Atlanta, and many more.

Growing up in Washington D.C., Wilson was introduced to the importance of a tailored look by watching his grandfather, someone he’s modeled his style after and has even included in his runway shows.

“My introduction to fashion was actually my grandfather, he always dressed so well,” Wilson told BLACK ENTERPRISE.

“Throughout my career in fashion, he’s been a model for me and walked at my fashion shows. As I got older, I started to emulate him and when I began working in corporate America after college I dove even deeper into suits and getting mine custom made.”

“However, I didn’t take up fashion professionally until I decided to become a partner in John Michael Clothiers in Greensboro, NC. At the time, I was still working a corporate job and had no idea that I would eventually make create a career in fashion.”

“It wasn’t until 2011, when I filed for bankruptcy, that in the process of rebuilding my life, I decided to dedicate myself to fashion as my legacy.”

“I also decided to shift from being a custom clothier to a fashion designer. In my early days, I worked with a lot of corporate types and pastors. However, when I started my own company after bankruptcy, I began designing a lot of wedding attire for men. Eventually, I became well-known for weddings which is the bulk of my business. I’ve managed to evolve my brand into a luxury lifestyle brand, specializing in wedding attire, business, casual and athletic wear.”

After years of styling high-profile clients, the Clark Atlanta alum used his expertise and network to launch the Miguel Wilson Collection. The luxury men’s fashion label designs suits, sport coats, trousers, shirts, and accessories and serves as one of the only menswear lines that carry a wedding collection for grooms and groomsmen.

“The Miguel Wilson Collection started out as mostly formalwear for men,” Wilson said. “When it comes to making custom suits we know our stuff hands-down and we’re not afraid to get creative. More than anything, we specialize in designing men’s formalwear that gives men an impeccable fit, no matter the body type, with a creative flair. Oftentimes, my clients are men who want to be the best-dressed man in the room and be wearing something they know that no other man is wearing. And that’s normally the case, whether its one of my grooms wearing my design on the most important day of their lives, which is their wedding day, a celebrity client going to a high-profile event, or regular men who just want to be special for that next party or function.”

“However, our evolution began when we really started to lean into weddings and grooms. Simply put, I saw a problem in fashion and my company became a solution. There’s a lot of money that’s thrown around for even your average wedding and everything seems expensive. For me, it didn’t make sense that a bride would spend thousands of dollars to find the perfect wedding dress so that so looked amazing on one of the most important days of her life, only to stand next to her groom who most likely got his tuxedo from some rental spot.

“If you’re a man and your woman is stepping out looking like a queen, why wouldn’t you at least try to look like a king?”

“And it wasn’t just what they were wearing but the overall experience for grooms. I noticed that there weren’t many things that made the process leading up to the wedding fun and special for men, so that’s how the Miguel Wilson Wedding Collection for Men was born. One of the things that set us apart is the fact that there aren’t many if any, menswear designers that specifically design for grooms. Especially not the way that there are designers who either only design wedding dresses or have specific wedding collections for women. When a man buys a suit or tuxedo for his wedding, he’s either just going to a place the sells nice suits and tuxedos, that he can wear almost anywhere, or he’s renting. I wanted to create a collection where a man can walk into one of my stores and he’ll have a plethora of options just for his wedding.” 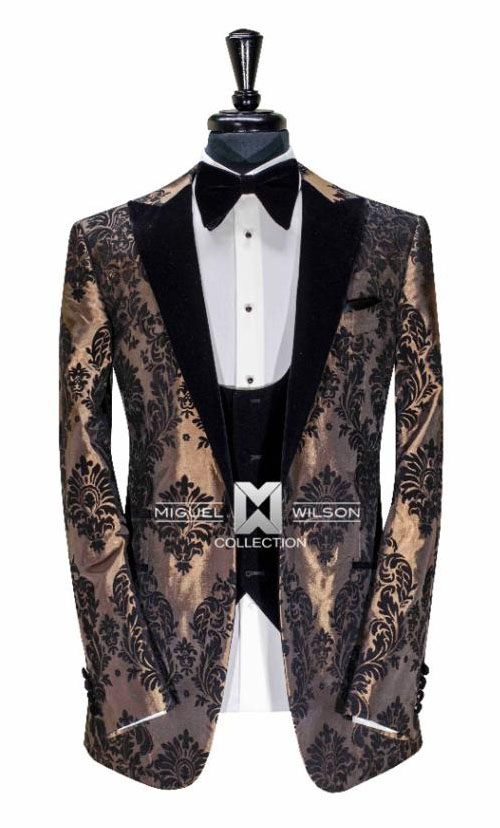 “With the collection, I added the tagline “Because It’s His Day Too!”, meaning that it’s both the bride and groom’s special day so they both should enjoy the experience to the fullest. My collection became very popular after doing basically almost all of the weddings that were featured on Bravo’s ‘Real Housewives of Atlanta.’ I was responsible for dressing Peter Thomas (ex-husband of Cynthia Bailey), Todd Tucker (husband of Kandi Burruss-Tucker, and Michael Sterling (husband of Eva Marcille). While men are my customers, 80 percent of the grooms who wear my suits were told by their brides to come to me.”

Now as the fashion industry makes a shift towards embracing designers from diverse backgrounds, Wilson is happy to see something he has always championed for become reality.

“First off, I’ve been pushing for the support of Black luxury, not just in fashion but in all industries, for many years,” Wilson said.

“And it’s not from the outside world but from our own community that we see a lack of support. That’s one of the downfalls of being someone who produces luxury goods. You want to make a quality product, above average, but you also want your own people to be your primary consumers. For years, I felt undervalued because the people that I wanted to support me the most, Black people who looked like me, were literally walking across the street to spend money at white or European-owned stores.”

Wilson continues to be an advocate for Black luxury through his fashion company, non-profit Ride to The Olympics Foundation, and his annual Black Tie Experience aimed at highlighting the class and sophistication in Black culture.