This Menswear Designer Is Empowering Youth Through Equestrian Sports, Fashion, and Leadership 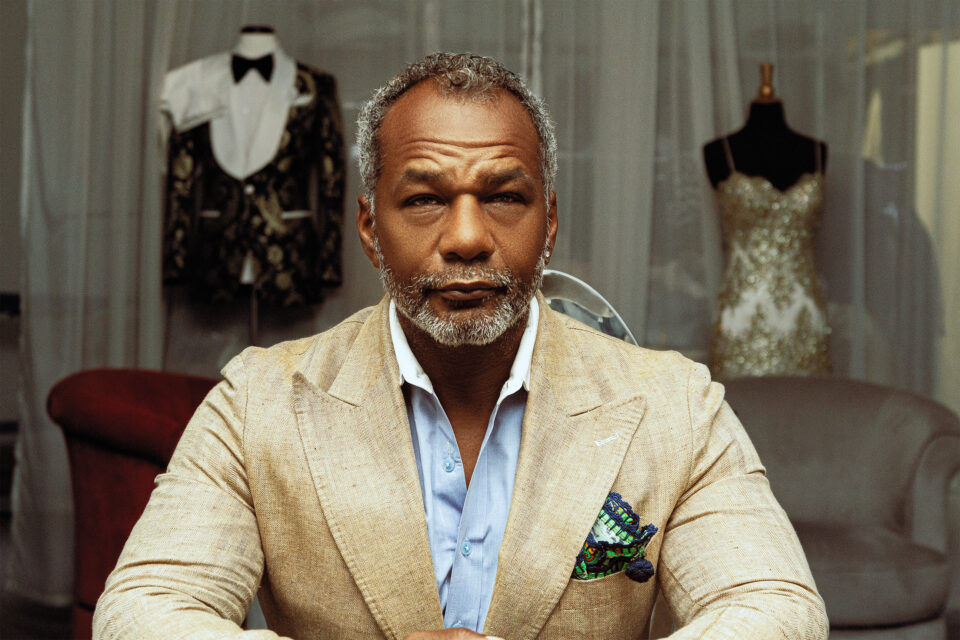 Aside from styling high-profile celebrity men with the Miguel Wilson Collection, esteemed groomswear expert Miguel Wilson is also the founder of the Ride to the Olympics Foundation (RTO), a nonprofit organization that provides underprivileged youth with opportunities associated with equestrian sports.

Working with youth from elementary to college students, Wilson’s foundation works to bring out the luxury in all involved.

Through RTO, Wilson became the co-founder of the Morehouse Polo Club, the first-ever
historically Black college and universities (HBCU) polo team. Although Wilson is no longer affiliated with the Morehouse Polo Club, together, Wilson and RTO produce the Atlanta Fashion and Polo Classic and the Miguel Wilson “Black Tie Experience.” Two of the biggest luxury fundraising events.

“I love my Black people. If you look on my social media platforms, I mostly only promote my Black clients,” Wilson told BLACK ENTERPRISE.

“I hire a lot of Black male models for my fashion show and put on a lot of luxurious events for Black people to highlight the finest side of Black culture.

“As a graduate of an HBCU, Clark Atlanta University alumni, I also support HBCUs. So, I’m a person who pours into the Black community. And though I don’t expect anything back, it still hurts when people from your own community choose not to support you.

“The Black dollar has always had value and I think that Black people are starting to understand their value.

“They’ve also decided that in the face of underrepresentation and inequality, to make a greater conscious effort to support Black businesses. We’re seeing not only more Black luxury business owners but also more money going into marketing and promoting these brands. In addition, we’re seeing more support from federal funds and corporations.

“We know that more economic power is linked to more political power, so we’re also seeing that Black people are taking that more seriously as well. I believe that fundamentally the change that we’re seeing comes from more Black people becoming aware of how economic power can improve their social condition in this country.

Between the Miguel Wilson collection, the RTO Foundation, and Wilson’s Black Tie Experience, the former 2nd Lieutenant in the US Army Reserves is constantly serving in ways that bring out the luxury within the Black community. Wilson credits his upbringing and professional background for inspiring him to create a movement that will leave a legacy.

“Through my experiences in life, playing polo, golf, and other elite activities, I’ve always seen the discrepancies,” Wilson said.

“I’ve also benefited tremendously from those experiences. At some point, I realized that I have an opportunity and a responsibility to share with others and expose them to what is essentially a lifestyle. For example, golf and polo aren’t just sports; there’s a culture surrounding them and the people who play them. A lot of networking and business deals are done on golf courses, more than in any office or conference room. Polo is even more exclusive than golf because it takes a substantial amount of money to play polo. Horses are expensive, so you have to be able to afford riding lessons, polo lessons, horse rental, or own a horse and all of the equipment that comes with it. There are public schools that have golf teams but none that would shell out the type of money it takes to play polo. So, just from the price tag, it excludes a lot of people and prevents them from accessing certain opportunities that can include great networking, college scholarships, potential job opportunities, and more.”

“When I gained access to these things, they changed my life, and I wanted to give the opportunity for others to experience the same.”

“I created the Atlanta Fashion and Polo Classic, ‘Where Culture and Class Connect’ in order to provide a luxury event with African American and Latin Culture as the centerpiece of the experience.”

“We serve Black-owned spirits and serve food curated by Black/Latin chefs. We highlighted Black vendors that included cigar rollers, helicopter pilots, entertainers, and artists. As a designer, I made sure to [get] Black/Latin fashion designers to showcase their work. And I fly in Black polo players to compete against each other so that we can see us represented in the sport, right in front of our eyes, and the players are able to see the support of their community upfront and personal.”

“All of the proceeds from my events go to my foundation, the Ride To The Olympics Foundation. The inspiration from the name came from me noticing that there’s never been an African American to ride on the US Equestrian Team. We strive to provide opportunities to underprivileged youth to gain exposure to horses and participate in equestrian sports. I was once an underprivileged kid, but I was given the opportunity to participate in equestrian sports by my grandmother, who took what little money she made for me to take lessons. She changed my life, and I thank her every day for it. So, I want to give that opportunity to other kids because the exposure can either make them the next Olympian or give them other opportunities to get into college and pursue rewarding careers.”

“One of our biggest accomplishments was creating the Morehouse Polo Team, which I am co-founder of, which was certified by the US Polo Association as the first-ever polo team at an HBCU.”

“Our goal is to create more polo teams at HBCUs and to make more youth teams as well.”

Having worked with so many male celebrities over the years, it’s hard for Wilson to name his favorite. But he does credit rapper 2 Chainz for giving him a special shoutout in one of his songs.

“My favorite is by far 2 Chainz. He not only has been a big supporter of my business, but he’s also one of the only rappers to do a verse dedicated to a Black designer,” Wilson said.

“On his album “So Help Me God!” he said on the single “Southside HOV,” “I got the suit from Miguel, I know it fit me well!” That meant a lot to me. It’s one thing to spend money and be a repeat customer, but it’s another to take the time out to recognize someone.”