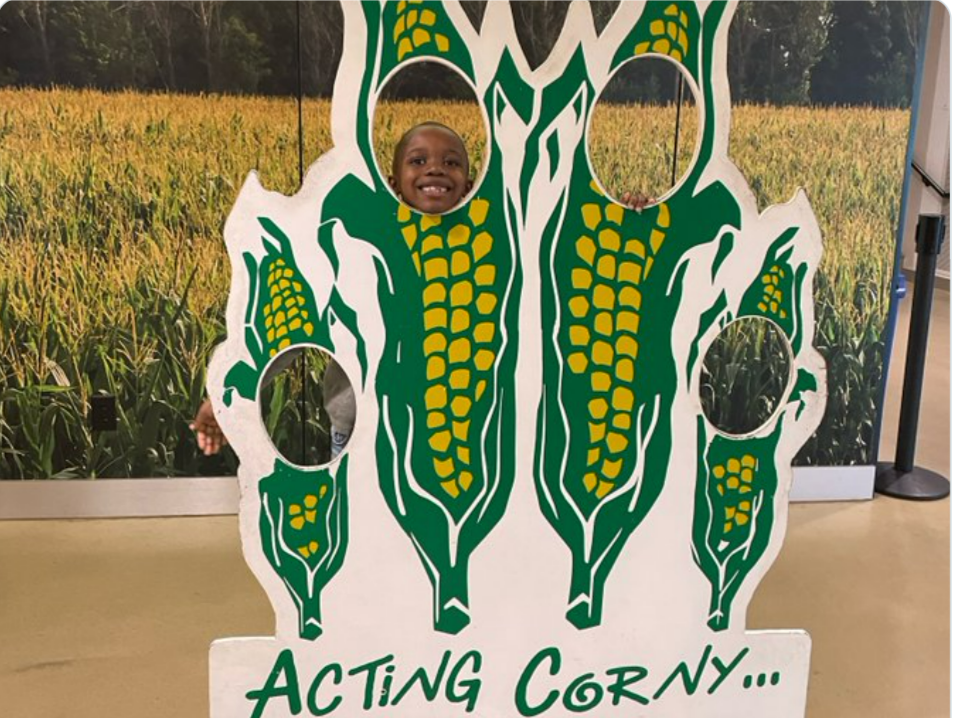 Seven-year-old viral sensation Tariq the “Corn Kid” reaches another milestone in his passion for the juicy, yellow crop.

The world previously fell in love with the charming corn-lover back in August after his interview with Recess Therapy went viral. Tariq professed his love for corn, saying, “I mean, just look at this thing; I can’t imagine a more beautiful thing, it’s corn!” This immediately landed him the nickname the “Corn Kid,” coupled with millions of views and a trending song officially titled “It’s Corn.”

South Dakota is one of the nation’s leading corn producers. Tariq and his family were invited from New York to attend an honorary ceremony at the state’s Corn Palace in Mitchell, South Dakota, over Labor Day weekend. In a report from The Washington Post, the palace is described as a multipurpose building decorated with murals featuring thousands of kernels of different shades.

Katlyn Svendsen of the South Dakota Department of Tourism told NPR, “As part of naming Tariq a South Dakota Corn-bassador, we wanted Tariq and his family to experience a combination of South Dakota’s two largest industries, tourism and agriculture.”

After touring the palace of corn, Tariq expressed that it was a “dream come true.”

In addition to his previous ad partnership with Chipotle, Tariq continues to accumulate a massive audience as his love for corn captures the attention of major brands, celebrities, news outlets, sports teams, and agencies from around the globe.

According to Google Trends, the “corn song” web search continues to increase.