Meet 'The Unfit Christian' Whose Helping Christians Decolonize Their Faith 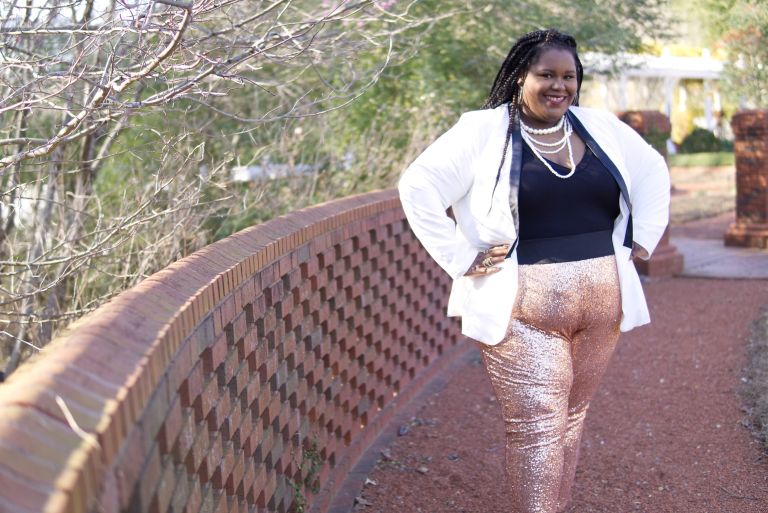 The Unfit Christian is a digital platform expressing the voice of progressive millennials of faith. The pastor behind it all, “Passuh” D. Danyelle Thomas, encourages her followers to “decolonize your faith” and practice it in their own way.

Thomas has amassed over 20,000 followers on Instagram and 16,000 on Facebook with her sermons challenging traditional views on topics such as religion, church, gender, class, sexuality, and race. This non-traditional digital church is also a space for believers of all kinds—including those who’ve felt unembraced in church because of their identity or experienced “church hurt.”

“When I started, my whole thing was I wanted everybody to know that there was room at the cross for all of us, no matter how different our approach to God is,” Thomas told MadameNoire. “So I’ve always kind of gone with this whole thing that I don’t care if you’re Christian. It’s not the goal. I’m the Unfit Christian because that’s my particular upbringing. But you can be the Unfit Muslim. You can be the Unfit Hindu person or Agnostic.”

Thomas originally launched the Unfit Christian in 2016 as a blog after heading off to college. Her father, who was also a preacher, had just suddenly passed, and the religious theology she was raised to believe was being challenged by new information.

Her blog grew into a global community of progressive church members. Today, with her additional following, her goal isn’t to convert but to help people contextualize their own beliefs on topics such as homophobia, classism, and racism while remaining in touch with justice-centered faith ethics, MadameNoire reported.

“A lot of my clients say it’s like we’re having a private pastoral session,” she shared. “For me, it’s really about how do I get you into enlightenment with your highest self? How do I get you into a space where your mind, your heart, your emotions, and your spirit feel well?”

While some find a source of empowerment in the Unfit Christian, some traditional Christians don’t accept her views. Thomas has received discouraging comments on social media, as well as hate mail.

“Everybody is not going to agree with me, and that’s okay…but for those whose lives I am touching, and changing and transforming, that is for whom I do this work and that is what matters. I have to focus on the positive and focus on what my ultimate goal is, which is to challenge people’s experiences with God, and sometimes that’s going to make you uncomfortable.”