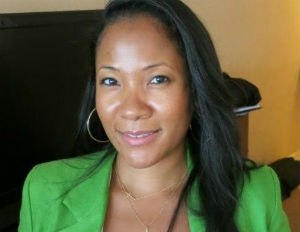 Tilane Jones is the right hand woman for renowned film directorÂ Ava DuVernay. Starting in 2008, Jones has assisted in running the African American Film Festival Releasing Movement. The AAFFRM isÂ designed to distribute independent film works produced and directed, as well as starring, African Americans and others of African descent. The Shadow League editor Ricardo Hazell sat down to talk with Jones about her experience and goals.

Ricardo A. Hazell: How did your position as Managing Director of AFFRM and the film production company, Forward Movement, come about?

TJ: I was referred to Ava andÂ her previous marketing and publicity company, Tâ€Žhe DuVernay Agency, by a good friendÂ who knew that an office coordinator position was available. At the time, The DuVernay Agency was also expanding with the addition of the production company, Forward Movement and with that came the film distribution collaborative, AFFRM.Â All fostered out of Ava’s passion for filmmaking and the film industry.

RH: What is the importance of the work that you’re doing over at AFFRM? And have you run into any groups that were similar?

Read more at The Shadow League