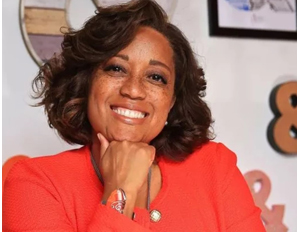 Castleberry Singleton is the former chief inclusion officer at UPMC (University of Pittsburgh Medical Center)—a 60,000 employee global healthcare enterprise. According to this post from Pittsburgh Business Times, during her tenure, she launched the UPMC Center for Engagement and Inclusion in 2008 as well as a Dignity & Respect campaign.

TechCrunch reports that she was also a diversity and inclusion executive at Motorola. Additionally, Castleberry Singleton founded Dignity & Respect Campaign an organization with the stated mission “to teach individuals in organizations, communities, schools, and on sports teams to have respectful interactions, to build cultural awareness, and to find common ground with individuals who are different from themselves.”

“There was such a strong reaction to the changing of the guard because the person who was hired reflects the existing employee base, which is especially controversial for someone leading diversity,” said Mark Luckie, a former manager at Twitter who oversaw journalism and news at the company.”

In a statement to TechCrunch, Castleberry Singleton said, “I’m so excited to join the team at Twitter to lead inclusion and diversity efforts for employees and the Twitter community.”

“I’ve spent much of my career leading organizational change and building I&D into core business practices, and I look forward to bringing what I’ve learned to Twitter and building on the company’s great progress!” said Castleberry Singleton to TechCrunch.

Despite these black women in high-profile, executive roles in Silicon Valley, the tech industry’s diversity rates remain abysmally low. A report from earlier this year shed a sobering light on how homogeneous the tech industry still is culturally and ethnically:

-Over the past 15 years, minorities have secured only 1%-2% of available tech jobs.

-Black, Latino, and Native American people are underrepresented in technology by 16%-18% more, than compared with their presence in other sectors of the labor force.

-People of color leave tech at a rate 3.5% higher than that of white males citing “isolation, discrimination, and toxic work environments.”

-Fewer than 1% of Silicon Valley executives and managers are black.