Meet the Winners from Miami's PlungeCon 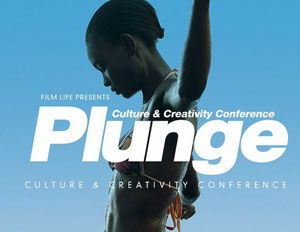 On the weekend of Nov. 8, Plunge Culture & Creativity Conference took place in Miami, where the event inspired professionals and innovators to share their ideas and passions. As a major component to the conference, the Innovation Slam competition took Nov. 7. It was created as a platform where entrepreneurs got the chance to speak with investors to showcase their creative ideas and inventions. The slam was hosted by Derek T. Dingle, editor-in-chief and chief content officer at Black Enterprise.

There were two innovators who tied for the win and will get the chance to attend the Black Enterprise Entrepreneurs Summit:

Five finalists included Seshat Walker of New Neighbor Welcome Kit, Katina Charles of Mommy + Me= Love Box, Jessica Harris and Dorian Webb of The Hair Weaver, a device for hair weaving, and Michael Hall of Gateway Software Development. All of the entrepreneurs are congratulated and are recognized for their amazing new innovations and the courage to pursue their dreams and make it a reality.