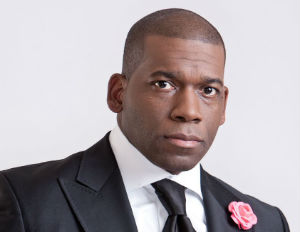 In light of this election year, the nation’s attention on politics has considerably heightened. Along with myriad national and international issues to be addressed, there are a number of issues directly affecting African Americans that must urgently be considered and rectified.

These “African American-specificâ€ concerns include, but are certainly not limited to, reforming police policies and prosecutorial practices, fixing education systems, reducing high poverty rates, and upgrading skills for urban workers. This is only scratching the surface.

Mega-pastor and founder of Empowerment Temple AME Church, Dr. Jamal Bryant, is known for his vocal and empowering stance on political and socioeconomic issues. Bryant will be sharing his suggested approach to tackling pending political issues using entrepreneurship at the 2016 Black Enterprise Entrepreneurs Summit, May 4—7, at the Loews Hotel Miami, Miami, Florida.

In recent years, Bryant has played a pivotal role in the fight for justice. He was an active ally throughout the Trayvon Martin case; spreading the word about the injustices surrounding the case by leading several peaceful protests. He also participated in the Selma-to-Montgomery commemorative march and, in August 2013, he was one of few selected speakers for the event thatÂ marked the 50th anniversary of Dr. Martin Luther King’s March on Washington.

Bryant has always embraced a passion for politics as he earned a bachelor’s degree in political science and international studies from Morehouse College in Atlanta prior to obtaining a Master of Divinity Degree from Duke University and an honorary Doctorate of Ministry Degree from the Graduate Theological Foundation in Mishawaka, Indiana.

In addition to running a megachurch, Bryant is a well-respected businessman and entrepreneur with a diverse portfolio of clients, sponsors, and consultants. He will be speaking at the Entrepreneurs Summit (ES) on the role of black business in the current political climate.

For decades, heÂ has spearheaded programs aimed toward developing strong leaders, empowering the economically disadvantaged, and spreading the Gospel. In his ES session, Bryant will work with entrepreneurs to see how they can collaborate with churches, community groups, local administrations,Â and national politicians to develop meaningful and impactful public policy.

Be sure to follow Black Enterprise on social media @BlackEnterprise for Entrepreneur Summit news, highlights, and updates. Use hashtag #BESummit to stay in the loop.

5 Effective Ways to Deal With a Sabotaging Co-Worker

3 Smart Ways to Profit with Periscope