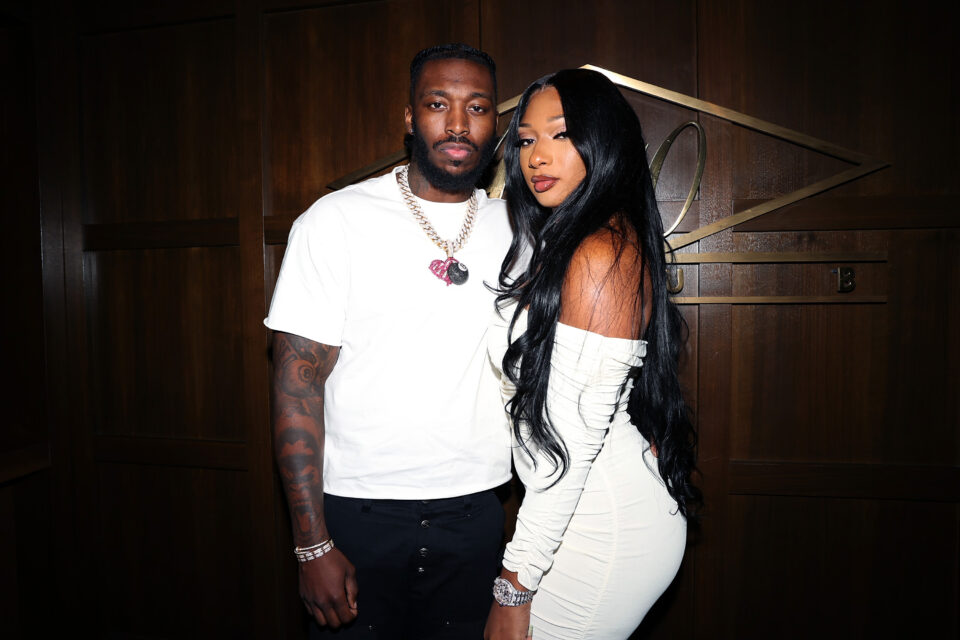 Rapper Pardison Fontaine must be trying to smell what The Rock is cooking after he took a jab at the actor for making a flirty joke about his rap superstar girlfriend, Megan Thee Stallion.

On Monday, Pardi cleared up his earlier comments made in response to Dwayne “The Rock” Johnson’s recent interview alongside comedian Kevin Hart where he was asked if he could be a pet to any celebrity who would it be.

“Megan Thee Stallion,” The Rock said without hesitating. Hart busted out laughing as Johnson tried to steer the interviewer away from probing further.

It’s Onsite captured Pardi’s since-deleted comment left under a repost of the interview where he claimed, “all our dogs named after #s.”

“Just teach ya wife to use seasoning,” Pardi added. “You’ll be iight. Moana is the sh*t tho.”

The shady jab seemingly referenced Johnson’s wife, Lauren Hashian, who is white. Pardi became the subject of negative remarks from social media users who felt he took the playful joke too far by making a racial remark about Johnson’s wife.

Pardi decided to clear the air in a tweet he sent out Monday explaining why he deleted the initial comment after people took it the wrong way.

“The comment started all our dogs #s and ended with Moana is my shit 🗿.. I deleted it (yesterday).. cus it seem like ppl took it wrong,” Pardi tweeted. “Thought maybe my joke was in poor taste 😂”

Fans still think it was a bold choice for Pardi to go against someone who made a living out of defeating opponents in the ring.

Meanwhile, Megan’s been busy working and hinted at what her new upcoming project would entail.

“I really got some of the BADDEST women on my album!” she wrote on her Instagram Story. “And the girls turned in their verses the fastest… yes, pens.”