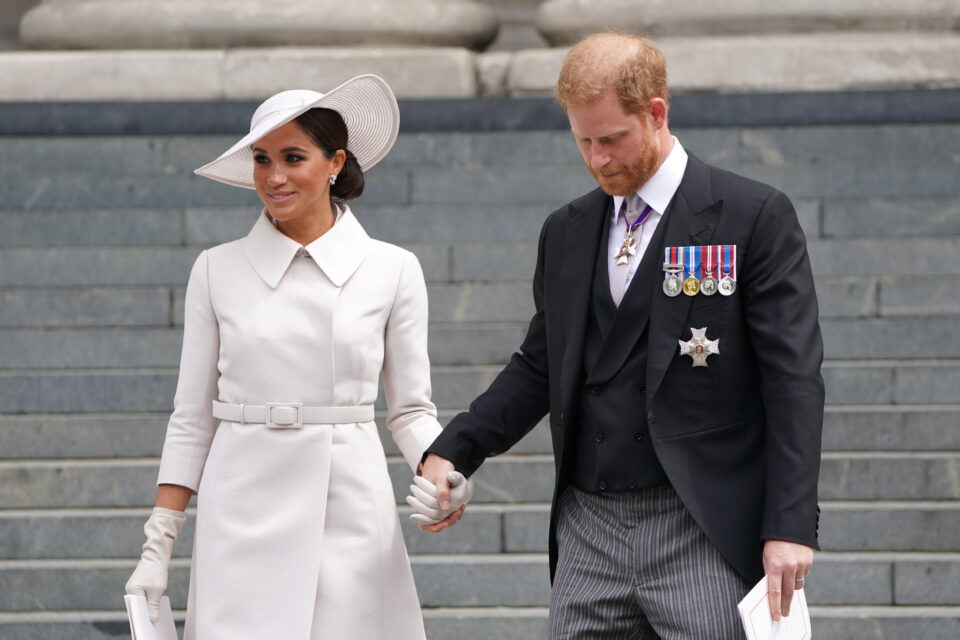 LONDON, ENGLAND - JUNE 03: Meghan, Duchess of Sussex and Prince Harry, Duke of Sussex leave after the National Service of Thanksgiving to Celebrate the Platinum Jubilee of Her Majesty The Queen at St Paul's Cathedral on June 3, 2022 in London, England. The Platinum Jubilee of Elizabeth II is being celebrated from June 2 to June 5, 2022, in the UK and Commonwealth to mark the 70th anniversary of the accession of Queen Elizabeth II on 6 February 1952. (Photo by Kirsty O'Connor - WPA Pool/Getty Images)

People reports The Duchess of Sussex and the pop star met for a conversation titled “The Duality of Diva,” where the two women spoke about the negative connotations concerning the word diva and their experiences growing up biracial.

Markle told Carey how excited she was when Carey hit stardom because it meant there was someone like her in the spotlight.

“You were so formative for me. Representation matters so much,” Markle said. “But when you are a woman and you don’t see a woman who looks like you somewhere in a position of power or influence, or even just on the screen — because we know how influential media is — you came onto the scene, I was like ‘Oh, my gosh. Someone kind of looks like me.'”

Markle continued bringing up actress Halle Berry who said in an interview that although she is biracial, due to her dark skin, she has always been treated like a Black woman. That led Markle to say that she didn’t understand what it was like to be treated as a Black woman until she began dating Prince Harry.

“I mean, if there’s any time in my life that it’s been more focused on my race, it’s only once I started dating my husband. Then I started to understand what it was like to be treated like a Black woman,” Meghan said, referencing her relationship with Prince Harry. “Because up until then, I had been treated like a mixed woman. And things really shifted.”

Carey added that she was proud to be biracial, but in society, people want you to pick a side, or even worse,  they just choose a side for you.
“As [a] mixed woman, because I always thought it should be OK to say I’m mixed. Like it should be OK to say that. But people want you to choose,” Carey said, to which Meghan agreed.
Markle’s clashes with the Royal Family are well documented due to her being biracial. Markle and Prince Harry distanced themselves from the family due to the family’s treatment of Markle. The couple eventually moved to America, staying at Tyler Perry‘s home and using his security before buying their own home in California.
Carey is Markle’s second guest on Archetypes; her first guest was tennis star Serena Williams, who is currently playing in the US Open, her final tennis tournament before retiring to run her venture capital fund Serena Ventures. Markle’s next guest on Archetypes will be actress and author Mindy Kaling.