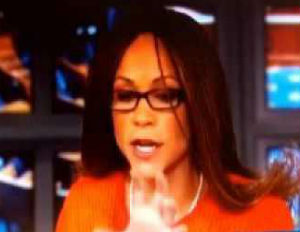 According to reports, MSNBC has confirmed it is parting ways with TV journalist Melissa Harris-Perry.

[Related: #SMW Lagos 2016: The Music Industry and Women in Tech]

“Inviting diverse new voices to the table was a privilege,” she tweeted. “Grateful for years of support and criticism.”

Harris-Perry told CNNMoney that her representatives are in talks with MSNBC about an exit deal.

In an email sent to the show’s staff that went public, Harris-Perry spoke out about the situation, saying she had been “silenced” by MSNBC and placed in limbo.

“Our show was taken — without comment or discussion or notice — in the midst of an election season,” she wrote in a letter to staff that was shared with her fans. She also added that “no one on the third floor,” where MSNBC’s executives work at 30 Rockefeller Center, “has even returned an email, called me, or initiated or responded to any communication of any kind from me for nearly a month.”

In the email, she also wrote that she was not sure whether Andrew Lack, the NBC News chairman, or Phil Griffin, MSNBC president, were involved in the way her show was handled, but she did point blame at both.

“I will not be used as a tool for their purposes,â€ she wrote. “I am not a token, mammy or little brown bobble head. I am not owned by Lack, Griffin or MSNBC. I love our show. I want it back.â€

The New York Times reports that Harris-Perry, said she was told that pre-emptions and election coverage were going to continue for the “foreseeable future.â€ Joy Reid took over her time slot on Saturday, as she had for the past few weeks.

Harris-Perry clashed with the network heads who sought to shift focus toward the presidential elections, while the host wanted to focus on issues issues like BeyoncÃ©’s new video for “Formationâ€ and how it addressed race. During an early February discussion on the topic, live video of rallies for Jeb Bush and Chris Christie in New Hampshire simultaneously played in a box on the screen.

MSNBC reportedly said in a statement responding to her letter on Friday that the same thing has happened to other shows, and called her reaction “surprising, confusing and disappointing.”

“All negotiations are occurring with third parties,” Harris-Perry told CNNMoney Sunday. “I am not personally in direct communication with anyone employed with MSNBC.”

She added, “The goal of the negotiation at this point is to determine the terms of severance, not reconciliation.”

Watch more on her departure below: