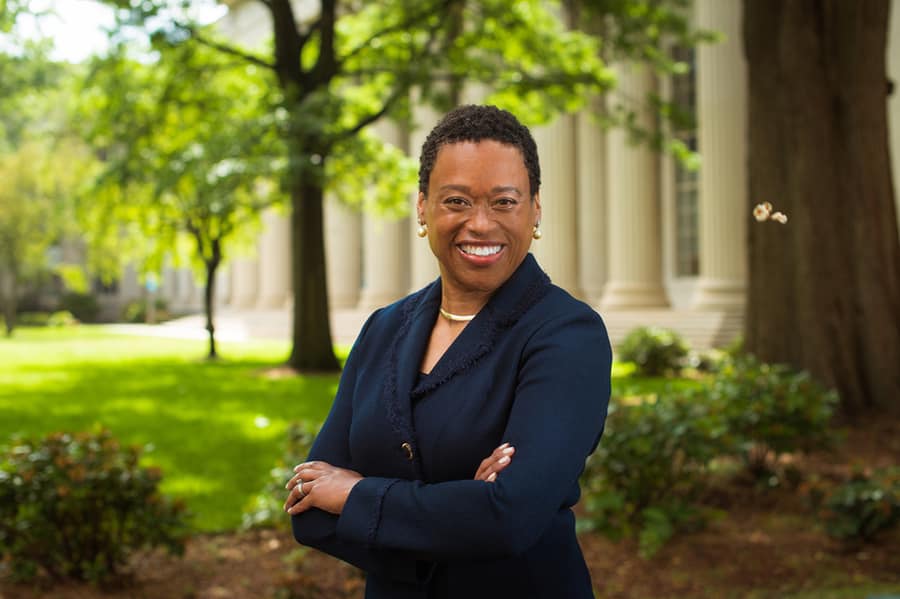 Melissa Nobles has been named MIT’s next chancellor. She will begin her new position on Aug. 18, 2021. Facebook- MIT School of Humanities, Arts, and Social Sciences

Melissa Nobles has been named MIT’s next chancellor.

The academic who will begin the new position on Aug. 18 in Mass. served as MIT’s Dean of the School of Humanities, Arts, and Social Sciences since 2015, according to MIT’s announcement.  Nobles’ chancellor position is a key appointment which blends working with students and supervising others. She will be managed by MIT’s president.

Nobles’ extensive responsibilities as chancellor will entail tending to the welfare of students, supporting them, raising funds on their behalf, framing strategy, handling admission matters, addressing sexual harassment affairs and misconduct concerns, in addition to addressing other matters such as learning.

“As educators, we want to teach the whole student,” Nobles said in the MIT announcement. “At MIT, you shouldn’t hide your interests. We say to students, ‘Be your whole self.”

Additionally, Noble will supervise the vice chancellor and vice president and MIT’s dean for student life. The Institute Discrimination and Harassment Response (IDHR) office and the MindHandHeart initiative will also come under the scope of Noble’s responsibility.

Nobles has a track record as an experienced instructor and faculty member at MIT, dating back to 1995. In 1985, Nobles graduated from Brown with a history degree. Nobles continued her educational pursuits by attending Yale University to earn an MA and PhD in political science.

Her leadership capabilities have extended beyond MIT.

The Social Science Resource Council elected Nobles to serve on the Board of Directors. “Shades of Citizenship: Race and the Census in Modern Politics” and “The Politics of Official Apologies” were among noted books which Noble was credited for writing, according to details on The Social Science Resource Council’s website. Justice and racial-related politics were identified as study areas Nobles has explored in during her career.

Noble approach of helping students to blossom are connected to her belief that learning should not be limited to MIT’s campus.