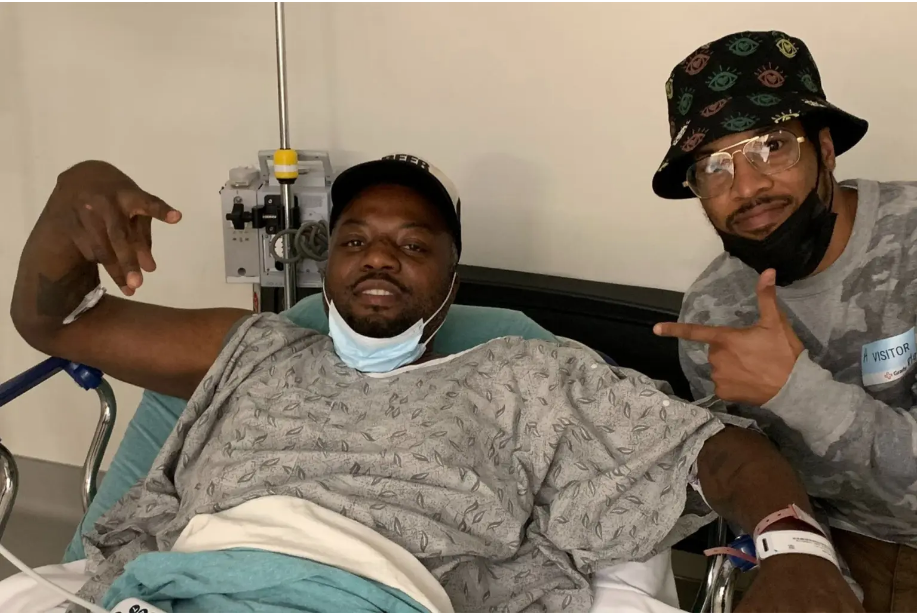 Fish Scales of the Southern rap group Nappy Roots is recuperating after assailants shot and robbed him outside the brewery he co-owns in Atlanta, Entertainment Weekly reported.

Two suspects first robbed a customer in the parking lot of Atlantucky Brewing around 11 p.m. Wednesday as the restaurant was closing for the night. They then turned their sights on rapper Scales, real name Melvin Adams Jr., and forced him into his car at gunpoint, according to 11 Alive.

Police said the suspects kidnapped Adams and drove to his home in the suburb of Hapeville, according to Billboard.

“Once he had an opportunity, he tried to make a run for it,” Capt. Christian Hunt said to news outlets. “What we learned is the suspects grabbed him and they began to tussle, and that’s when he got shot.”

The 45-year-old business owner rushed to a neighbor’s home to ask for help, causing the suspects to flee the scene, Billboard reported.

Nappy Roots posted a photo of Scales on social media recovering in a hospital bed and thanked fans for their concern, support, and prayers. The band said Scales wanted everyone to know he was in “good spirits.” He assured his fans and customers that he would return soon to making music and operating Atlantucky Brewing, according to EW.

The group posted, “We are blessed to say that he is stable and in good spirits after suffering a leg injury. Luckily, none of our dedicated patrons of Atlantucky were at the scene or harmed during the robbery. We are so thankful our brother is safe and on the road to recovery.”