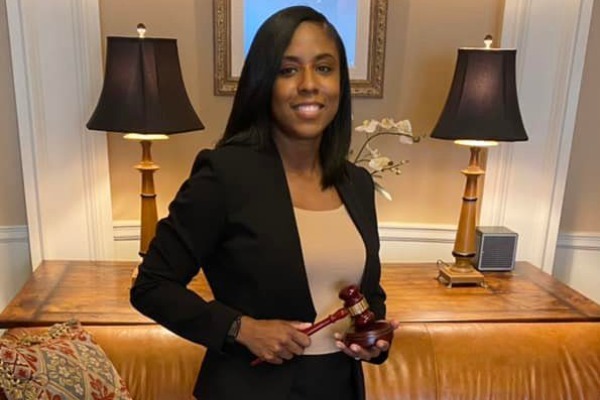 Gibson was already a partner at Burch Porter & Johnson when she was named the first Black female president of the Memphis Bar Association during the group’s annual meeting earlier this month. Gibson’s historical placement follows another pioneer, Peter Gee Jr., who served as the organization’s first Asian-American president, TN Tribute reports.

During her speech, Gibson cited a 1963 letter from the firm’s late partner, Lucius Burch, who advocated for racially integrating the association.

“It was a bit jarring, to be honest, that no one who looks like me has ever held this position in 147 years,” Gibson said while looking at a wall showing the association’s past presidents.

Gibson is only the third Black president at the association, and the first Black woman to hold the position. She noted receiving the honor after another pioneer who made history for Asians at the firm.

“It’s equally impactful to receive the gavel from Peter Gee,” Gibson said while addressing her predecessor Gee. “No one looked like you, either. It occurred to me that this moment encompasses all of the descriptors (Burch) mentioned in that letter.”

“It’s the audacity to believe that by bringing diverse voices to the table, to the leadership, we can advance together. I truly believe with all of us, anything is possible,” Gibson said while noting Burch’s 1963 letter.

She made sure to credit her mentors, Les Jones and Bruce McMullen, for giving her an opportunity while also shouting out her predecessor Gee for his leadership during the COVID-19 pandemic, the Daily Memphian reports.

“Peter has got to be the coolest head in the middle of chaos,” Gibson said. “… I can’t imagine having served with a better person.”