Black Musicians Behind the Grammys: Oddisee 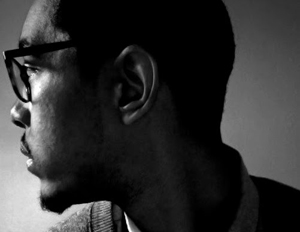 In this special series, BlackEnterprise.com takes a look at three black men behind the Grammys who are making major boss moves in the music industry, continuing a legacy of excellence–oftentimes behind the scenes–among the world’s best talents.

Born in Sudan, and raised in the nations capital, rapper and producer Amir Mohamed, better known by his stage name Oddisee (@Oddisee) is a pretty big deal. His work has been featured on ESPN and cable network Adult Swim. Oddisee’s debut album (though he’s released more than 10 albums both as a solo artist and with a band since 1999) “People Hear What They Seeâ€ was voted the No. 1 hip-hop album by ITunes UK. He got his first production credit on DJ Jazzy Jeff’s “The Magnificent,” and has worked with everyone from The Roots to Talib Kweli, We spoke to Oddisee about his “itâ€ factor, how his culture plays a role in his music, and why young musicians should seek craft cultivation vs. overexposure.

BlackEnterprise.com: How has your culture, especially being both Sudanese and African American inspired your work?

Oddisee: My culture has been a huge part of my journey. My father being from Sudan and my mother being [an African American] from Washington D.C. has found its way into my work. From subject matter to instrumentation, the sum of my multicultural background has always been a musical fusion.

What do you think sets you apart from other rappers and producers?

My ability to give listeners what they want without compromising myself, but also give them what they need without turning them off to a message.

What’s the salary range and perks?

What does a typical day look like, especially as both a producer and rapper?

How do you relax, renew, and stay sane in such a high-pressure, fast-paced industry?

Allot of business is mixed with pleasure. Whenever I travel for a performance, I make sure to stay a few additional days to enjoy my destination, especially if it’s a place I’ve never been before. During those off days, I love to explore new cities, learn what I can & eat something different. I have a love for artisan coffee and cycling as well. On an off day, I’m usually cycling to a new place to try a coffee. I’ve been meaning to make a list of my best places for coffee in a few different cities I frequent. Knowing that I need to take a break and experience everyday life is enough to keep me sane.

Who have been your inspirations?

My inspiration comes from my addiction to experience as much as possible. I love the feeling of new and I do my best to seek it out wherever it may be. To my advantage, new is not hard to find. My heros are many but one person I truly look up to is my father. His love of family and desire to provide a secure, comfortable future for him & all he loves is nothing less than inspirational to me. I’m forever trying to walk in his footsteps.

What advice do you have for others looking to break out in the music business?

Don’t fall victim to underdevelopment & overexposure. Cultivate your craft, and when it’s ready, it will practically push itself. Staying true to your own sound and attempting to land big album placements can be difficult. Oftentimes, you’ll compromise your style of production with the hope of landing a track on a project. It was rough [in the beginning], but in the end, artists now come to me for my sound.

Check out the rest of our Men Behind the Grammys series: