The Men Convicted Of Killing Ahmaud Arbery Have Been Sentenced 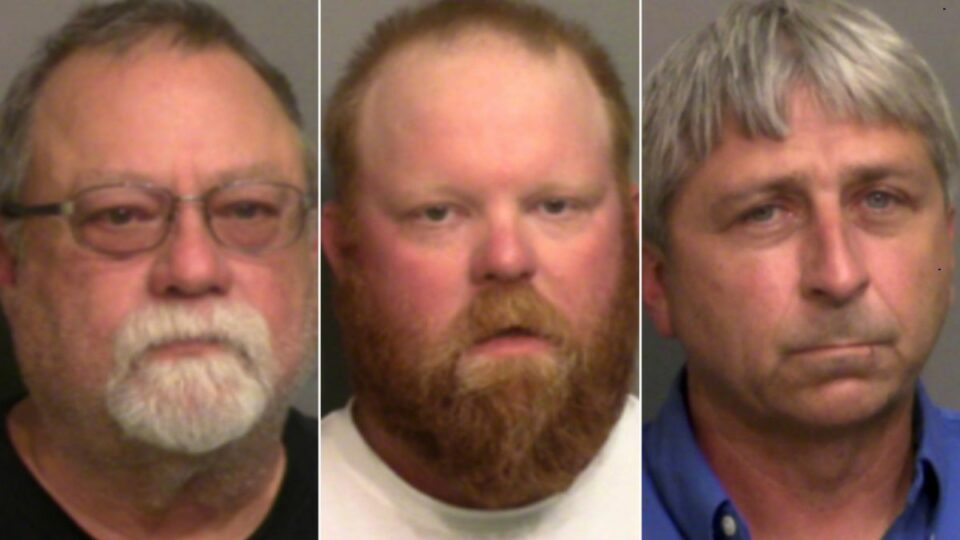 The three men who were convicted of chasing down and killing Ahmaud Arbery as he was jogging were sentenced Friday morning to life in prison.

Judge Timothy R. Walmsley talked for almost 10 minutes before giving the men their sentences, commenting on the day Arbery was shot and what the men said and did in the moments before and after killing him.

“On Feb. 23 of 2020, almost two years ago, a resident of Glynn County, a graduate of Brunswick High, a son, a brother, a young man with dreams, was gunned down in this community,” Walmsley said. “As we understand it he left his home to go for a run and ended up running for his life.”

Judge Walmsley acknowledged William Bryan Jr., who recorded the shooting and was found guilty on all but three charges, questioned what happened at the scene, but also acknowledged he was convicted of the crime. Bryan was sentenced to life with the possibility of parole.

Bryan, who is in his 50s, will not be eligible for parole until he is in his 80s.

The three men were found guilty of murder and aggravated assault charges in November and showed little expression as they were sentenced.

“These men have chose to lie and attack my son and his surviving family,” Jones said. “The each have no remorse and do not deserve leniency. This wasn’t a case of mistaken identity or mistaken fact. They chose to target my son because they didn’t want him in their community.”

Arbery’s father, Marcus Arbery, said in his witness impact statement that he wants the three men to be given life without parole.

“The man who killed my son has sat in this courtroom every single day, next to his father. I’ll never get that chance again. Not at a dinner table. Not at a holiday and not at a wedding. I pray that no one in this courtroom ever has to deal with what we had to and have to bury their child. When I close my eyes, I see his execution in my mind over and over. I’ll see that for the rest of my life.”

Other members of Arbery’s family including his sister Jasmine gave witness statements calling for the three men to be sentenced to life without parole.

On February 23, 2020, Arbery was jogging when the McMichaels saw him, armed themselves with guns and chased Arbery in a truck to cut off his route. When the men reach Arbery, the recording shows him and Travis McMichael before three shots rang out.

Arbery’s death, along with the death of Breonna Taylor, jump-started the 2020 Black Lives Matter movement.

The men claimed they were conducting a citizen’s arrest and acted in self-defense. However, federal prosecutors said all three men “used force and threats of force to intimidate and interfere with Arbery’s right to use a public street because of his race.”

Prosecutors added the self-defense argument was moot because the three men brought guns with them to chase down Arbery, who was unarmed. The recording taken by Bryan also proved damaging for the men as it shows them chasing Arbery down and boxing him in, preventing him from escaping.

The attorneys for the three men said before sentencing they planned to appeal. The McMichaels and Bryan are still facing federal hate-crime charges. That trial will begin next month.