Another One? 'Men In Black 4' Hires Screenwriter Oren Uziel 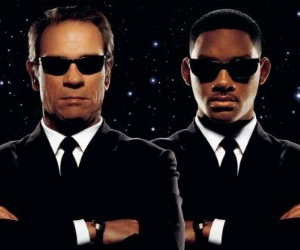 It looks like Will Smith will don the black suit once again!

According to TheWrap, Sony has hired screenwriter Oren Uziel to pen the next installment of the ‘Men In Black’ series. The popular franchise will most likely star Will Smith and Tommy Lee Jones once again.

“When people ask about a sequel, I say, ‘Let’s finish this one first,'” director Barry Sonnenfeld, who directed the previous three “Men In Black” films, told Vulture last year. “We’ll see. It would have to be in outer space.”

No doubt, with the recent success of the films, it will be another international hit. The last installment grossed $179 million domestically and made $445 million internationally.