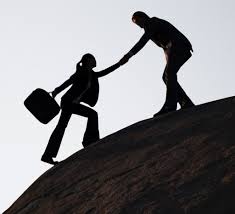 Although talent, a strong work ethic, and determination are all important qualities in the workforce, it is virtually impossible to ascend to the most senior ranks of an organization without the benefit of mentorship and sponsorship. Examining the tendencies and the benefits of sharing learned workplace strategies is the focus of “High Potentials in the Pipeline: Leaders Pay it Forward,” one of the latest reports in the longitudinal research series by Catalyst, an advocacy organization supporting professional women.

These findings are important, because they help to explain the gender gap in advancement and salary. “In subsequent reports, we investigated the critical experiences that matter for advancement and have tried to understand what’s causing the gender gap. In the report “Mentoring: Necessary But Insufficient for Advancement,” we found that women have followed advice to seek out mentors–they’ve actually had more mentors during their careers than men have–but men’s mentors were more senior,â€ offers Silva. The more senior a mentor, the more weight he or she can leverage in influencing the directions of a mentee’s career, she further explains. High-ranking professionals can easily serve as sponsors advocating for mentees and directing the decisions on promotions and special assignments.

“Men are more likely to mentor men and women are more likely to mentor women,â€ adds Silva. This is consistent with past research that people tend to gravitate toward others like themselves–but it results in missed opportunities. In “Mentoring: Necessary But Insufficient for Advancement,” we found that the gender of one’s mentor didn’t matter for advancement; what mattered most was how senior that mentor is,â€ she offers. “Men still hold the vast majority of leadership positions in large organizations, which is why it’s all the more important for men to champion women’s advancement and set the standard for others at their organizations.â€