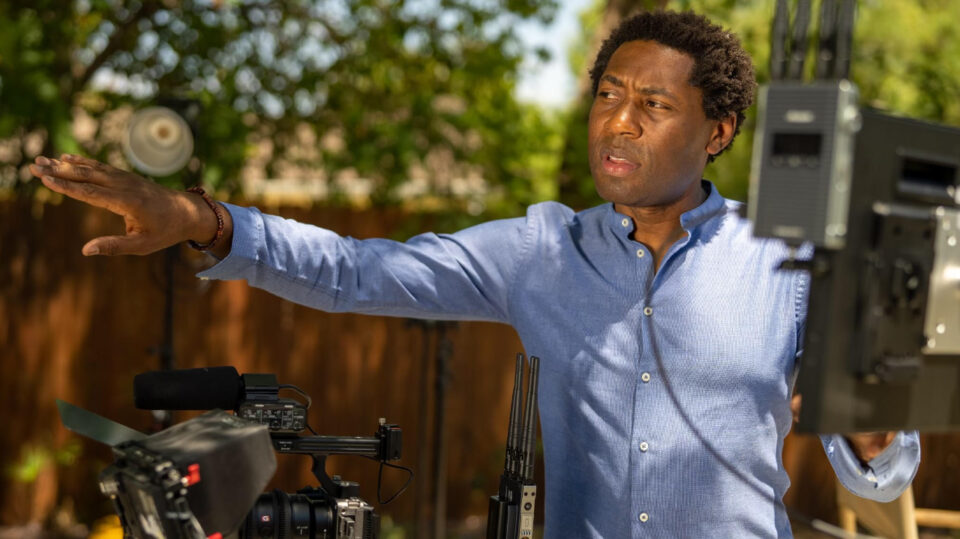 With a résumé that spans more than 20 years, Black-owned and operated Four Screens has worked with many successful names in Hollywood.

That growing list includes Robert Townsend, Vivica A. Fox, Tiffany Haddish, Billy Dee Williams, Monica Calhoun, and most recently, the Estate of Joe Frazier. With an upcoming project featuring a legendary artist to be revealed shortly, Four Screens is a management, development, and production company that keeps itself relevant and fresh as it produces new content celebrating under-represented voices.

Successful Los Angeles-based producer Messiah Jacobs leads Four Screens, and outside of his creative vision, he is also interested in social change. Four Screens is associated with companies supporting the same cause, including Black House, Color of Change, RespectAbility, Array, Colour Entertainment, and GLAAD.

Having partnerships with Hollywood heavyweights such as Amazon, Hulu, Roku, Comedy Central, and PBS, the company has affiliations with well-known brands like Supreme, Walmart, Forever 21, Nordstrom, and Barneys. Four Screens has generated $1.2M in revenue in the last three years.

BLACK ENTERPRISE was able to speak to Jacobs about the importance of intellectual property, the mission Four Screens is on going forward, and how the pandemic has affected the company.

What motivated you to operate Four Screens in the way you do, and what is the underlying mission for your company?

Four Screens is a mission-first media company. Our mission is to amplify diversity in the entertainment industry by celebrating under-represented groups, including people of color and women. We are changing the way deals are financed, greenlit, and constructed and how under-represented talent is managed. We work to facilitate opportunities for creators who have been structurally sidelined for decades and maximize their brand so that the people we represent have as much intellectual property as possible.

Historically, we have not owned our intellectual property. In music, there have been a lot of artists that haven’t owned their masters, and in film, a lot of creators haven’t owned their movie rights. Owning Intellectual property is important to create generational wealth. It creates residuals, royalties, and passive income down the line, so it’s important to have management that will advocate that ownership for you.

With the mission Four Screens has embarked on, what direction is the company heading in, and how do you anticipate disrupting the industry?

Four Screens is a disruptive force because we’re looking to make lasting change: Not just one project, one movie, or one TV show but lasting inclusion for the culture. A recent example of this is an exclusive documentary we are executive producing with a major network. It was important for us to have a Black voice, and in order to do that, we advocated for a Black director. In doing this, the production team had to come up with a list of old and new Black directors who are now on the network’s radar. Our whole approach is disruptive because we’re changing an industry that has unfortunately not adapted to what audiences are demanding, which is more authentic diversity.

How has the pandemic affected business for you, and what steps have you taken to stay relevant?

Though there have been a lot of negative consequences of the pandemic, I believe it gave everyone an opportunity to ask why are we doing business this way and does business need to be done this way? We’ve adopted this important question into our business strategy to make Four Screens’ business model better, stronger, and more profitable.

What advice or suggestions would you give to people who want to start their own company?

The best advice I would give is to have a plan. It’s important to understand the needs of the market and then to try to service the market. It’s also crucial to do the things necessary in preparation so your business can succeed and grow. You must understand that every business idea you have is not worth pursuing and approach business with strategy instead of urgency. Focus on the riches in niches. Find your niche, fill that niche and find the riches in that.