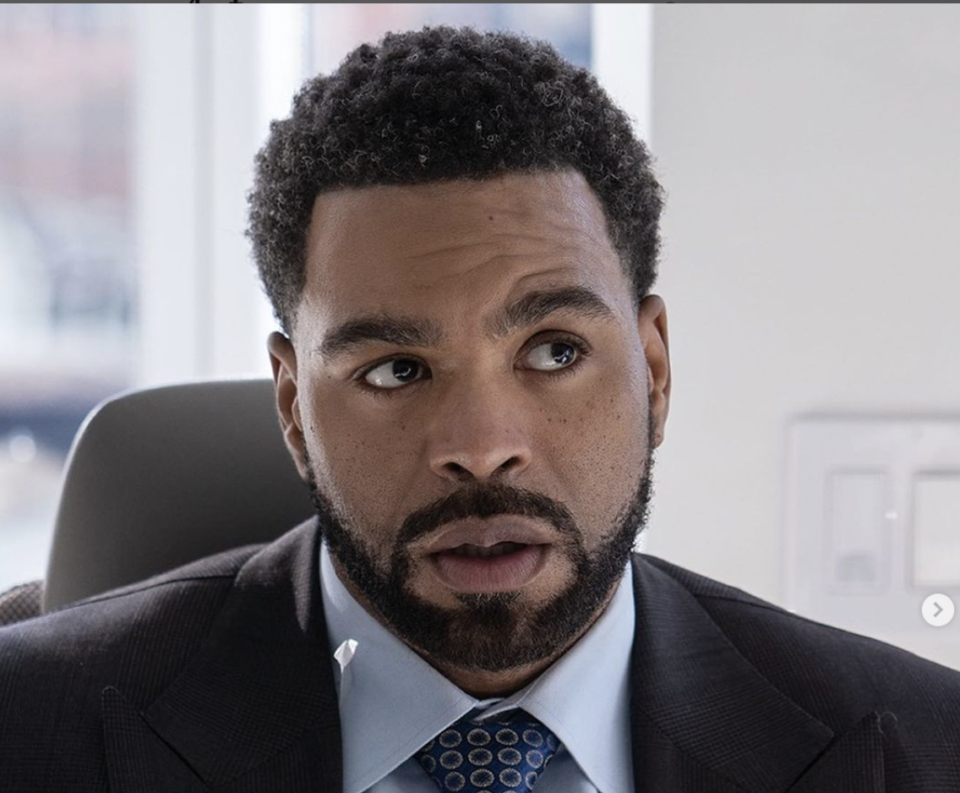 Recently, the rapper-turned-actor of  WuTang Clan fame has been the apple of the ladies’ eyes on the internet since stepping into his grown-man sexy. Method Man’s bearded good looks caught the attention of a hater who made the precipitous decision to photoshop Meth without his beard. The photo appeared to be a mashup of his and actor Michael Rainey’s faces. Rainey portrays “Tariq” on STARZ’s Power: Book 2 Ghost. The 50-year-old rapper posted the image on Twitter. 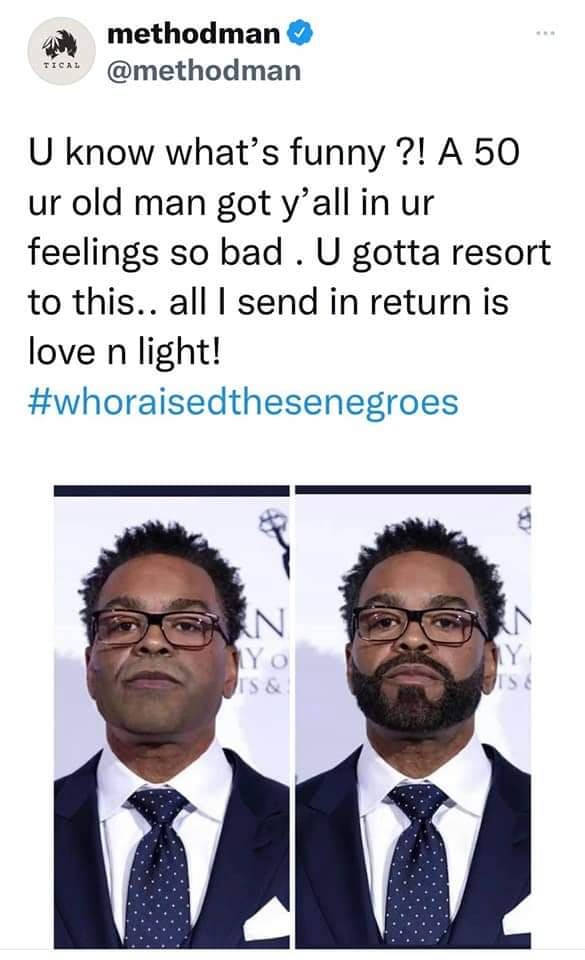 Method Man clapped back on the hater in a now-deleted tweet.

“U know what’s funny ?! A 50 ur old man got y’all in ur feelings so bad. U gotta resort to this.. all I send in return is love n light! #whoraisedthesenegroes”

Not surprised by men editing method man without a beard to make him seem unattractive. Men always get envious when they notice a lot of women fawning over a guy . It’s one of the major reasons why they hate boy bands / groups . They wish they had women thirsting over them lmao!

That man removing Method man’s beard is a crazy amount of hate. Think of the time spent in photoshop meticulously airbrushing each follicle

With or without a beard I’m folding: pic.twitter.com/O9hitEfSIX

Beard, no beard. You can get pregnant all the same. pic.twitter.com/GLEPanLcJ5

“NEW COVER ALERT: M-E-T-H-O-D, MAN! Listen here, if “You’re All I Need To Survive” was a person, here he is in his purest essence. Aging gracefully, gorgeously, and defining growth for the Hip Hop generation, our February cover star, @methodmanofficial, deserves his flowers.”

Meth takes his sex symbol status and his haters in stride. He posted this little ditty on  Twitter.

“I swear y’all all I be doin’ is drinking water and mindin’ my business… (exhales).”

I swear y’all all I be doin’ is drinking water and mindin’ my business… (exhales)💯 pic.twitter.com/3YR7VfMe2l

Haters be da**ed. Meth is a baddie.