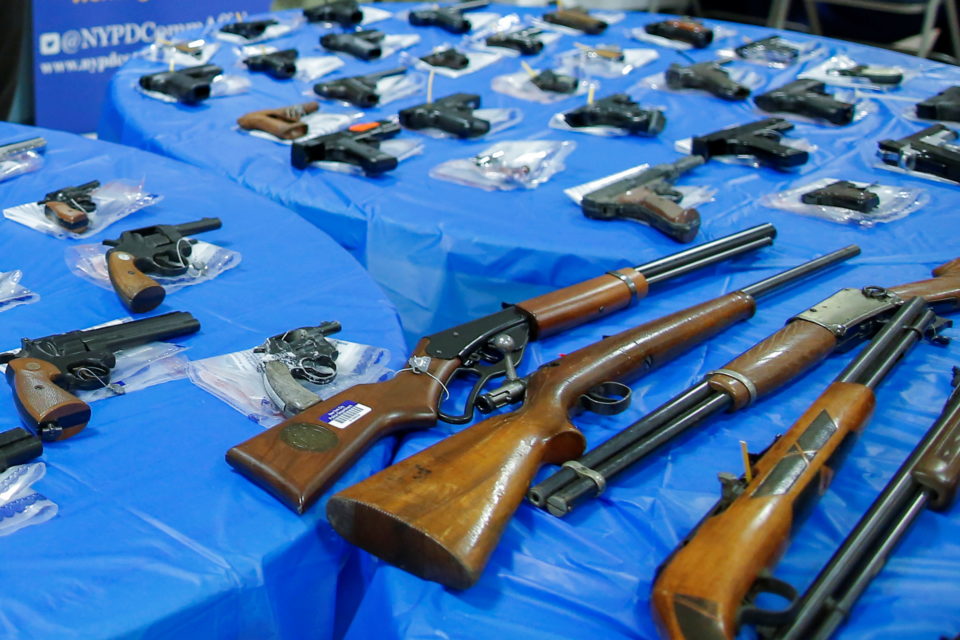 Mexic is suing several gun makers in a U.S. federal court on Wednesday, accusing them of reckless business practices that supplied a "torrent" of illegal arms to violent Mexican drug cartels. REUTERS/Eduardo Munoz

(Reuters) – Mexico sued several gun makers in a U.S. federal court on Wednesday, accusing them of reckless business practices that supplied what it called a “torrent” of illegal arms to violent Mexican drug cartels, leading to thousands of deaths.

The lawsuit cites weapons that had entered Mexico used in notorious shootings, noting that Colt’s .38-caliber “Emiliano Zapata 1911” pistol is engraved with the image of the Mexican revolutionary, and is a status symbol coveted by drug cartels.

“What’s the objective? That the companies in question compensate Mexico’s government for the damage caused by their negligent practices,” Foreign Minister Marcelo Ebrard said at a news conference about the lawsuit filed in the U.S. District Court for the District of Massachusetts.

The lawsuit is one of the boldest steps ever undertaken by Mexico to pressure the U.S. arms industry, which Mexican leaders have for years blamed for fueling gang violence.

Companies needed to put an immediate stop to their harmful practices, Ebrard said, noting that the court would decide what damages should be paid. He spoke after Mexican officials told reporters the lawsuit sought an estimated $10 billion.

The companies did not immediately respond to requests for comment.

Mexico accused the companies of helping to flout its strict gun laws by marketing to the country’s criminal underworld, and thereby “actively facilitating the unlawful trafficking of their guns to drug cartels.”

They pointed to cases including a recent offer by Remington Arms Co to pay nearly $33 million to families to settle lawsuits claiming that its marketing of firearms contributed to the 2012 Sandy Hook school massacre in Connecticut, where 26 people died.

Claims of improper marketing have been used in other lawsuits as an exception to U.S. law that provides legal immunity to the gun industry.

Mexico’s lawsuit said over 500,000 guns are trafficked annually from the United States into Mexico, of which more than 68% of them, or over 340,000, are made by the firms in question.

The weapons trafficked to Mexico were responsible for at least 17,000 murders during 2019 alone, a Mexican official said. Another official estimated the damage to the economy caused by the violence at around 1.7% of gross domestic product (GDP).

Mexican officials said they expected the case to take a long time to resolve, but were confident of success, noting that it was brought in the United States to ensure impartiality.

One Mexican official said the lawsuit was filed in Massachusetts because some of the companies were based there.

The official also said several judges in the state were appointed under the administration of former President Barack Obama, who sought to tighten gun laws.

Mexican officials said the lawsuit was not aimed at the U.S. government, and Ebrard said he believed the Biden administration was willing to work with Mexico to stem arms trafficking.

The announcement of the lawsuit came a day after Ebrard traveled to El Paso, Texas, to commemorate the second anniversary of the killing of 22 people at a Walmart, where the shooter was accused of deliberately targeting Mexicans.