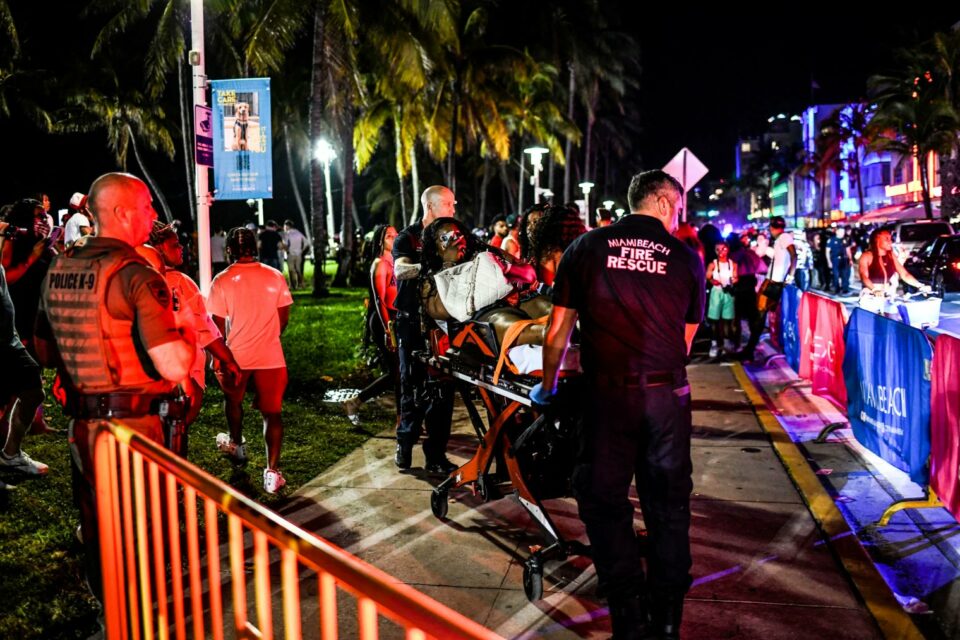 Miami Beach, Florida, declared a state of emergency over concerns about spring break crowds for the second year in a row after two shootings over the weekend (Image: Twitter)

Miami Beach, Florida, has declared a state of emergency after spring break crowds overloaded the city, and five people were shot in two shootings last weekend.

NBC News reports college-aged tourists have flocked to the city’s beaches and bars, creating an “unacceptable” atmosphere of fear in the city, Mayor Dan Gelber said at a joint news conference with local police and other city officials.

“I know this might be happening all over the country, as I’ve seen on some national reports, but frankly, that doesn’t make anybody feel better right here,” Gelber said. “Because this is our city, and we cannot allow it to descend into this kind of chaos and disorder. “Five bystanders were shot in two shootings in addition to public drunkenness, fistfights, and hospitalizations for excessive drinking.

Miami Beach Police found two women with non-life-threatening injuries after responding to reports of gunfire early Monday morning. Three other people were injured in separate shootings around the same time.

While Gelber acknowledged he can’t stop the influx of spring break crowds, he did push authorities to install a midnight to 6 a.m. curfew to push back against the thought that Miami Beach is a “24-hour party city.” According to City Manager Alina Hudak, the curfew will run through March 28.

This is the second year in a row the city has had to declare a state of emergency due to enormous spring break crowds after the COVID-19 pandemic led to thousands of students skipping the yearly celebration.

Local police have made hundreds of arrests as cheap airfares, warm weather, and a significant lack of COVID-19 restrictions in the state have led to more people enjoying the month-long festivities.

“It’s simply unacceptable at every level,” Gelber said at the news conference. “We simply cannot endure this anymore.”

Similar incidents have occurred at popular spring break destinations in Texas and Arizona.