Miami Dolphins VP of Communications, Jason Jenkins Passes Away at 47 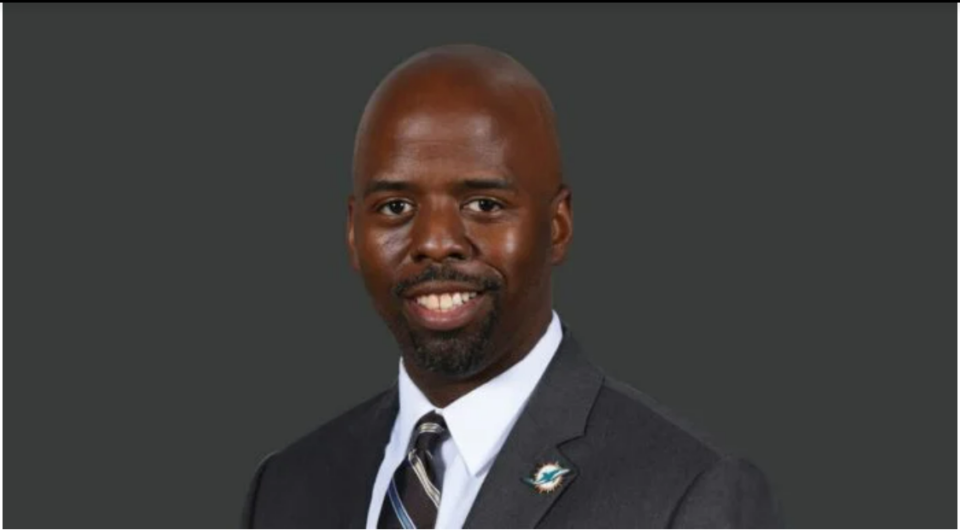 Over the weekend, the Miami Dolphins announced that the team lost a member of their executive staff, Jason Jenkins, who served as senior vice president of Communications and Community Affairs.

“I am heartbroken. Jason Jenkins was an icon in the Miami community, and above all a kind and incredible family man. His dedication to our organization was unmatched. He was my friend but most of all he was a generous soul. My heart is with Elizabeth and his children tonight. The Jenkins family will always be a part of the Dolphins family.”

A statement from Stephen Ross on the passing of Jason Jenkins. pic.twitter.com/YnbG97CVT0

According to The Associated Press, Jenkins, who has been employed by the Miami Dolphins for almost 14 years, passed away unexpectedly Saturday at 47.

CBS News reported that Jenkins joined the Dolphins in 2009 and has been the team’s SVP of Communications and Community Affairs since 2015. Before that, he was the football team’s vice president of Communications in May 2013. Before he went to the Dolphins, he worked in media relations for another NFL team, the San Francisco 49ers. Before Jenkins worked in communications, he was the Associate Athletic Director at Texas Southern University from 1999-2002 and served as Athletic Sales and Promotion Manager and Sports Communications Assistant at Lehigh University from 1997-99.

Jenkins was very active in the community and was a board member of various organizations throughout South Florida. Those groups include the Anti-Defamation League Florida, Breakthrough Miami, Dolphins Challenge Cancer, Pro Sports Assembly, Urban League of Broward County, Women of Tomorrow, and YWCA Miami.

“Our hearts are broken and grieving the loss of a man who was a dear friend and beloved by so many people,” Dolphins vice chairman, president and CEO Tom Garfinkel said. “Jason faithfully served the Dolphins organization for 14 years, was a beacon in the community, a trailblazer and champion for others, and above all, treated people with a kindness and dignity that left a lasting mark on everyone he met.”

Jenkins leaves behind his wife, Elizabeth, and their three children.