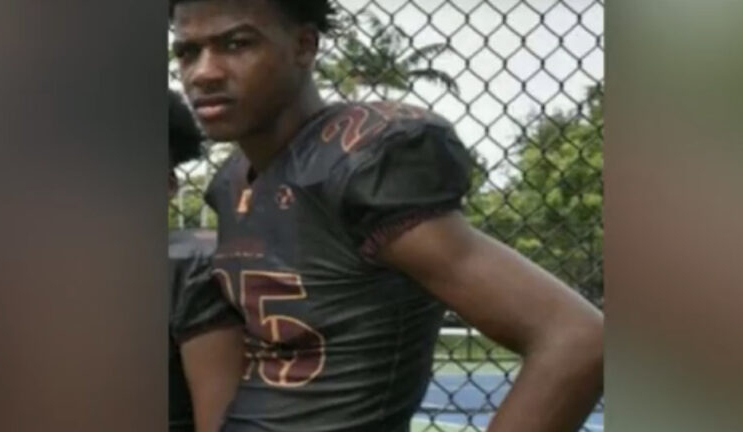 A family is seeking justice for a 16-year-old football player who died while he was in police custody after a car chase that led to a crash in Florida.

According to Local 10, 16-year-old Christopher Walls died in police custody after he led police officers in a car chase that ended in a crash. Hollywood police officers were going after the teenager, who they suspected of carjacking another person and then driving away with the victim’s vehicle, which was a black 2018 Alfa Romeo.

The teen brought police officers into the Northside District, where the stolen car had crashed in the area of Northwest 27th Avenue and 62nd Street around 9:35 p.m.

CBS Miami reported that Miami-Dade police officers stated that Walls lost control of the Alfa Romero and crashed into a fence. The Hollywood, Florida police took him into custody but became unconscious a short time later.

Witnesses who were on the scene have said that the police officers started beating Walls after they caught up with him.

Miami-Dade Fire Rescue crews were also on the scene and treated Walls. Authorities said that Walls was handed over into the custody of Miami-Dade police, and he became unconscious at some point in time.

Police then said he was then taken by Miami-Dade Fire Rescue to Hialeah Hospital, where he was pronounced dead.

The Florida Department of Law Enforcement is now investigating the incident the 16-year-old died in a chase that started in Hollywood and ended in Miami-Dade County.

Last week, as family and friends laid flowers and candles for the 16-year-old teenager, his friend, Destiny Werby spoke to CBS Miami.

“We wanted to show him that we care for him. He was a good person. He was never bad,” said Werby.

“He could have still been here. It doesn’t matter they didn’t have to do that extra stuff to him at all. It’s sad how they did him.”