Michael B. Jordan Talks 'That Awkward Moment' and Personal Life 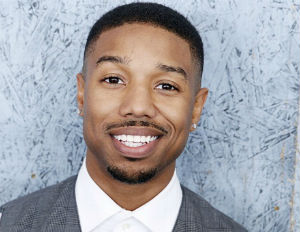 Valentine’s Day is just around the corner and with the season comes romantic comedies.

Michael B. Jordan stars in That Awkward Moment, a movie about 3 men on the dating scene in NYC, in theaters January 31st. Jordan sat down to discuss his role on the film and his love life.

Vulture spoke to him about dating, dancing, and what it’s like to punch Zac Efron in the face (“it felt greatâ€).

Michael B. Jordan: What’s up?

I saw the movie last night.

What did you think about it?

It was fun. It was different than the other roles I’ve seen you in.

It was crazy, because when I shot the film, I’d never had a real girlfriend before. I literally met my now-ex-girlfriend the day I got back from filming, almost a year ago today. And that was the first time I’ve ever worked to make a relationship work out – you know, really put in the [effort]. And it’s not easy. I think the character taught me a lot about relationships: Sometimes you gotta work through the hard stuff and sometimes two people grow apart, and that’s the harsh reality, that’s what love is sometimes … knowing when it’s time to let something go, just realizing something’s not working.