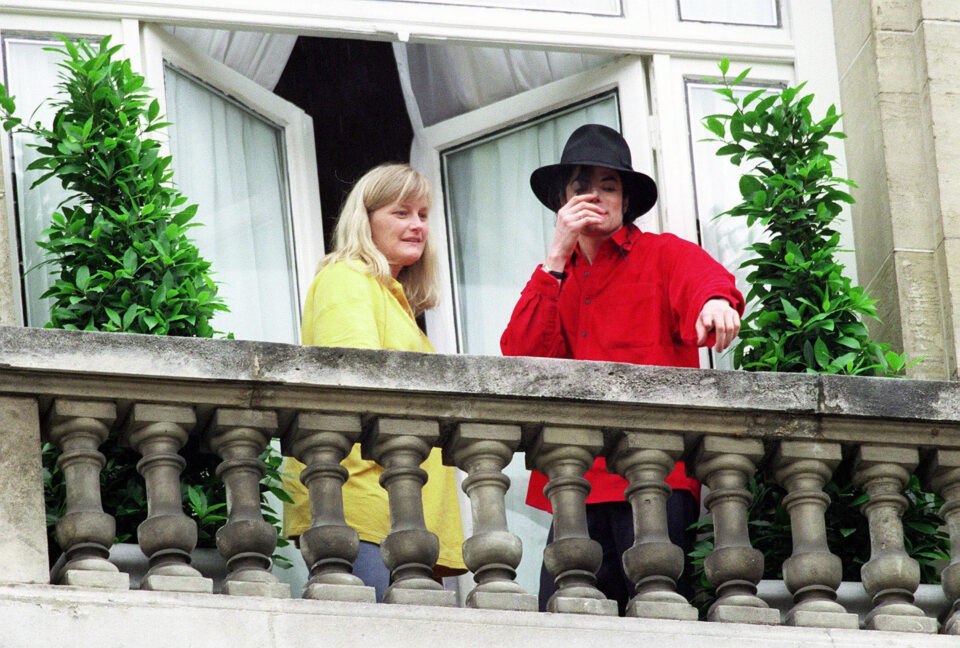 Michael Jackson and his ex-wife Debbie Rowe greet fans from the balcony of the hotel Royal Monceau in Paris, 1997. (Photo: Michel Dufour/WireImage)

Michael Jackson’s family is “dumbfounded” and “bewildered” by his ex-wife’s recent confession that she “participated” in the King of Pop’s drug addiction.

Jackson’s ex-wife Debbie Rowe appears in the new documentary, TMZ Investigates: Who Really Killed Michael Jackson, where she details her past work for Hollywood dermatologist Dr. Arnold Klein, who gave Jackson the powerful opioid Demerol in the months leading up to his 2009 death, The New York Post reported.

“I was basically as bad as [Klein],” Rowe, 63, reveals in the new doc. “I regret that. I will regret it. And I am so sorry that I participated in it.”

But Rowe’s shocking confession is a surprise to Jackson’s family, who had no knowledge of her ties to Dr. Klein until the documentary.

“Debbie’s decision to speak to this show about what she knew about Dr. Klein. . .has dumbfounded some of the older Jackson family members,” an anonymous insider told The Sun on Tuesday. “Debbie has not been this open with some of the brothers for sure, so for her to speak on a TV show is bewildering.”

Rowe’s confession has “bewildered” Jackson’s mother, Katherine, 92, and his brother Randy, 66, who are wondering why 13 years after the King of Pop’s death is she revealing such crucial information.

Rowe believes she “sucked as a human being” for not speaking up against Klein or Jackson about the substance abuse. Jackson’s family is calling her out for resurfacing scars that still haven’t healed as a result of the Thriller creator’s untimely death.

“Everyone is talking about the trailers and media coverage, baffled at why she would speak on these subjects, especially given how sensitive it is in family circles,” the insider explained.

“The feeling always was that Debbie was there to help Michael as his nurse,” they continued. “Now her comments have made some of them look at her in a different way.”

Sources say the Jackson family is “deeply upset” by Rowe’s confession and participation in the documentary. They’re also taken aback by her choosing to just now break her silence on her history with Dr. Klein.

“It’s no secret that there are strains between Debbie and some of Michael’s brothers,” the insider noted. “But this brought many emotions and concerns about Michael’s interactions with Klein back up again.”

Jackson died from cardiac arrest in 2009. At the time, ex-LAPD coroner Ed Winter said the singer had enough of the powerful sedative Propofol in his system “to put down a rhinoceros.”

In 2011, Jackson’s doctor, Conrad Murray, was convicted of involuntary manslaughter for injecting the singer with the fatal dose of Propofol. However, in the documentary, LAPD detective Orlando Martinez says it was “a lot more complicated than just Dr. Murray,” and suggested other doctors were involved in Jackson’s demise.

“There are a lot of folks who are to blame that have never had a reckoning for his death,” Martinez said.