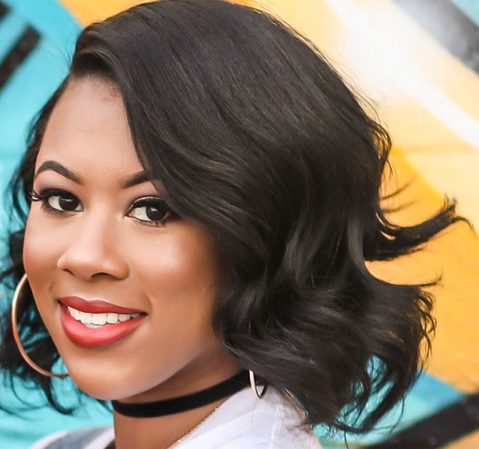 Millions of basketball fans recently relived the 1998 NBA Finals through the ESPN docu-series The Last Dance, which chronicled how Michael Jordan led the Chicago Bulls to their sixth NBA championship. For many, it was a much-needed sports fix in light of the COVID-triggered NBA hiatus. But for young basketball fans, it’s an opportunity to see the cultural icon in his heyday.

Jasmine Jordan, the NBA legend’s 27-year-old daughter, said that she, too, found the 10-part series eye-opening.

“I’m learning and really seeing that competitive drive in him that he constantly told stories about to myself and my brothers,” she told BLACK ENTERPRISE. “During that last run, I was only five or six years old, so I barely remember the games, the stats, and everything that he was accomplishing. I remember it just being loud and rambunctious and everyone was just so excited and I never understood why.”  She also says The Last Dance has given her new perspective and insight into the legacy her father sealed throughout his storied career.

Jasmine added that as a child she didn’t realize that her father was “that big of a deal” until she finally Googled him when she was about 12 years old.

“Kids kept coming up and saying ‘Oh, you’re so lucky,’” she continued. “And I’m just like, ‘How do you guys know my dad? What do you mean? You’re not at my house at night?’”

After discovering the imprint that her father had left on basketball, she confronted her dad and found that he intentionally wanted to shield that information from her and her siblings.

“No joke. I really did Google him and I told him like, ‘Hey, I Googled you. I get it now.’ And he just laughed and was like, ‘This was part of my life that I wanted to protect you guys from and let you guys come to it in your own way on your own terms.’”

Jasmine says she’s grateful that her parents allowed her and her siblings to discover that information on their own to try to give them a somewhat normal childhood.

“I think if we were exposed to it in such a crazy way that young of an age, we really would not have understood it. Thankfully, both my mom and my dad made sure we had a well-rounded childhood and we learned the city of Chicago and knew where they came from.”

Likewise, Jasmine says she wants her one-year-old son to discover her father’s legacy on his own. “It’s going to be something that we allow him to kind of learn organically,” she said. “I want him to just grow up in his own right and understand that you’re coming from a loving, God-fearing family and that’s the priority.”

Watch Jasmine Jordan’s interview about the lessons she learned from her father, MJ’s legacy, and the growth of the Jordan Brand empire on The New Norm With Selena Hill below.