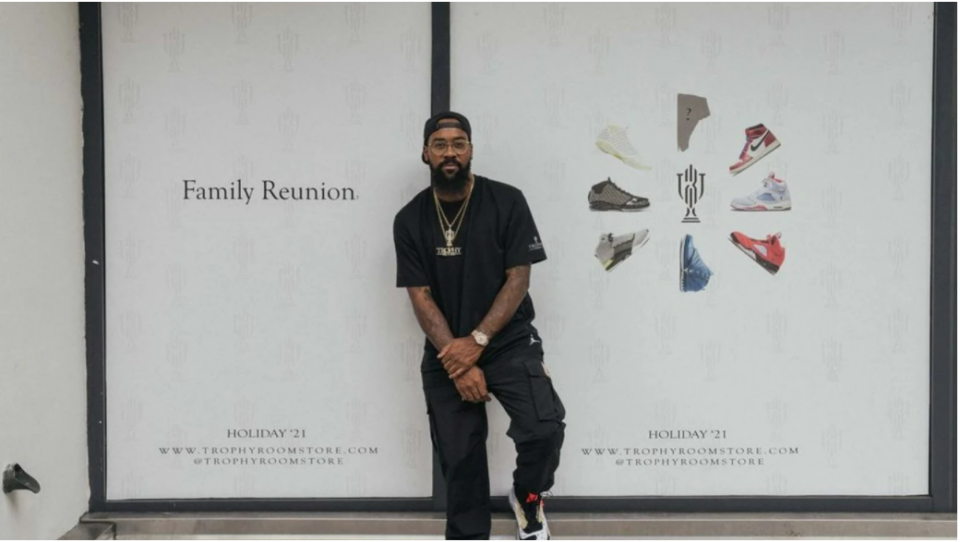 Michael Jordan has been out of the league for almost two decades, but his shoes still carry significant weight.

Marcus Jordan‘s Trophy Room is an upscale boutique sneaker store in Orlando offering exclusive Jordan sneakers and collaborations with top brands, including the Upper Deck Card Company and Nike. The store features a wide variety of Nike and Jordan apparel, footwear and memorabilia.

According to the Trophy Room website, the first Trophy Room sits in the Jordan family home. The room’s central location in the estate attracted family, friends, and visitors. Casual gatherings and holiday celebrations, such as Christmas, routinely took place in the trophy room.

This actually the second attempt at a brick-and-mortar store. The original Trophy Room closed in May 2019 after three years at the Walt Disney Entertainment District. According to the Orlando Sentinel, the plan was to would transition to online-only.

The newest store had a soft launch on March 26 and seeks to replicate the warmth, inspiration, and style of the original Trophy Room. The store will also offer perspective into the Jordan family.  Vintage home videos and photos are present throughout the store along with Jordan’s memorabilia from his playing days.

“What I’m trying to do is recreate the atmosphere, the warm feeling that people would feel as they would walk through the trophy room when we had friends over,” Marcus told Sports Illustrated in 2016.

“I have happy memories with my family. In the trophy room growing up my dad had game-worn shoes, all the awards, all the memorabilia. There will be parts of that within the Trophy Room store with game-worn shoes on display, photographs of us inside the original trophy room, various family photos, and videos that exude that warm feeling.”

Marcus isn’t the only Jordan child keeping their dad’s legacy alive. Daughter Jasmine Jordan is currently a field representative for the Jordan brand’s sports marketing division, but uses her social media to promote and celebrate Black female athletes in the WNBA.

Check out what others say about the experience.