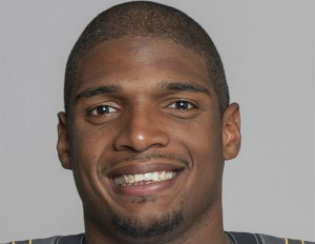 Apparently, there is too much going on for St. Louis Rams draft pick, Michael Sam. According to AOL Black Voices, the documentary featuring the NFL’s first openly gay player has been postponed.

“After careful consideration and discussion with the St. Louis Rams, ‘The Untitled Michael Sam Project’ has been postponed, allowing Michael the best opportunity to achieve his dream of making the team,” Erik Logan, the president of The Oprah Winfrey Network (OWN) says in a statement.

The decision was made after the television network met with the NFL team with regard to the distraction and pressure facing Sam. It will be a hurdle to overcome as he is a seventh round pick and most players picked that late seldom make the team. The filming would have been more of a distraction with cameras following him around.

“This (postponement) will allow for Michael to have a total focus on football, and will ensure no distractions to his teammates,” adds Sam’s agent, Cameron Weiss. “Everybody involved remains committed to this project and understands its historical importance as well as its positive message.”