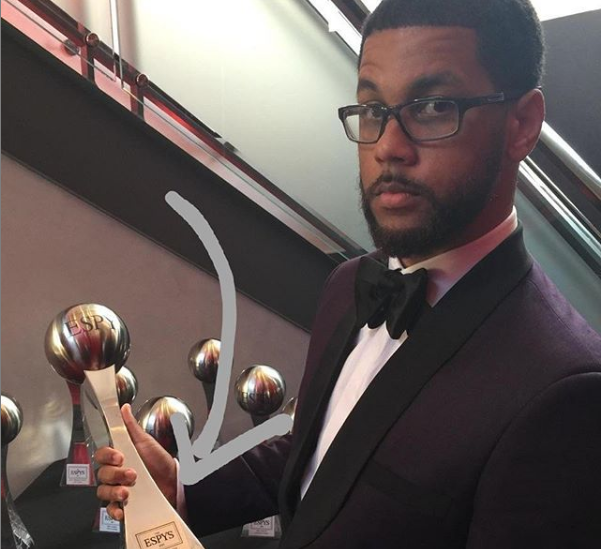 According to Yahoo! Finance, former SportsCenter host, Michael Smith has agreed to take a “fair” buyout with ESPN.

Smith has agreed to the buyout on the four-year, $10 million contract he signed with the sports channel. He has taken a job as the executive vice president and chief content officer for a Hollywood-based startup, (Co)laboratory, a new L.A. studio startup focused on developing original content about sports and featuring athletes as storytellers. (Co)laboratory launched in February 2019 and is based in Culver City, California.

The sportscaster made his announcement via Twitter, writing, “#MyNextChapter Many thanks to my new @colaboratory partners @jmessler, Basil Iwanyk, and Greg Economou for this opportunity. Eternal gratitude to my family, friends, colleagues, and supporters for riding with me and for me along this journey.”

“This is an opportunity to tap into my entrepreneur side, my dealmaker and producer side,” Smith said. “I haven’t been this excited in years.” He also told Variety, “What we’re doing is empowering athletes and creators in general. I think we’re going to be able to make some really impactful content and tell some new stories.”

Smith had been on hiatus since early 2018 as he and then-co-host Jemele Hill were replaced as the two lead anchors on the 6 p.m. edition of ESPN’s flagship show, SportsCenter. Hill had previously negotiated a buyout of her $10 million contract more than a year ago and she is currently writing for The Atlantic. The pair had co-hosted another ESPN show called “Numbers Never Lie,” which was later changed to “His & Hers,” for more than five years.

“I think what we are going to do for athletes and content creators throughout the industry when it comes to storytelling and when it comes to content development and distribution, it is going to be significant, impactful and disruptive. For me, personally, this has really been the career growth opportunity that I have been waiting for to really jump back in the game.