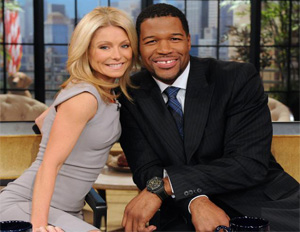 Former NFL player and current host of Live! with Kelly and Michael, Michael Strahan, sat down with HBO’s Real Sports host Bryant Gumbel to clear the air about rumors that circulated during his divorce to ex-wife Jean Muggli.

Muggli, who had been married to Strahan for seven years, accused the former football star of abusing her, videotaping her sister, neglecting their children, and to top it off being gay.

The claims of abuse were dismissed in court, but Muggli was still awarded a hefty sum.