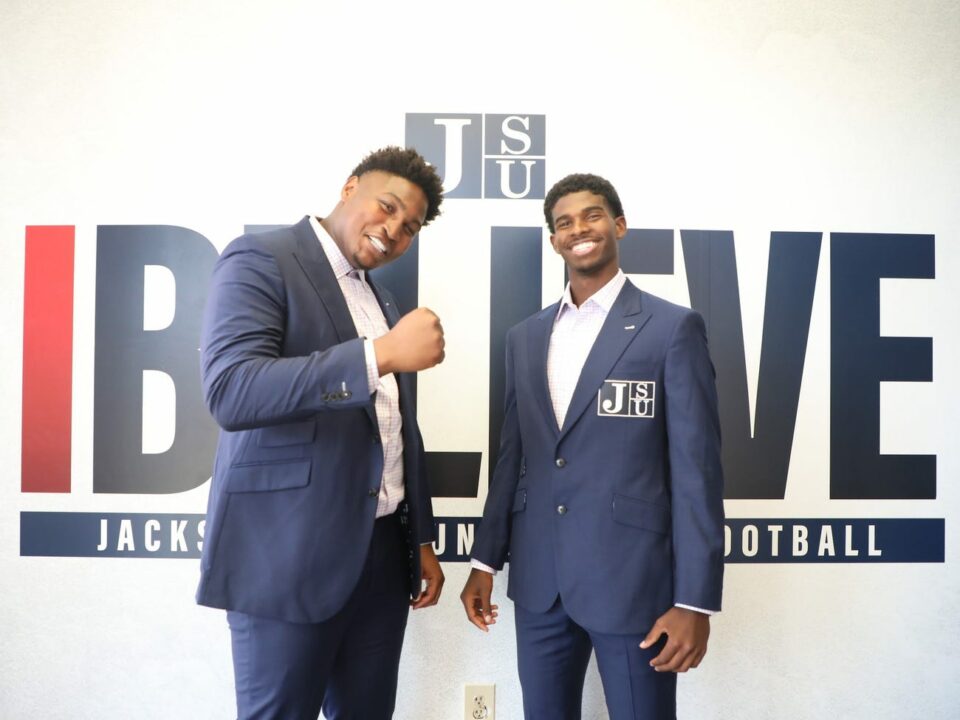 With fellow NFL legend Deion Sanders as the new head coach, Strahan was happy to help the HBCU get the recognition and resources they deserve. As an HBCU alum of Texas Southern University, Strahan was “extremely happy” to see Sanders take on his first collegiate head coach position at a historically Black college and was eager to help in any way he could.

Strahan’s longtime partnership with Men’s Wearhouse made him the perfect candidate to help Sanders get his team dapper for their first game day.

“I know somebody who prides themselves on looking good and feeling good,” Sanders told Insider. “And he lives it. He embodies it. And he is a dear friend, and he has a lot of money — let me pick up a phone and call this guy: Michael Strahan.”

Sanders stayed true to his “Prime Time” to “Coach Prime” moniker and decided to have custom suits designed for his players and coaching staff. After telling Strahan that he didn’t want his players wearing anything “off-the-rack,” the Good Morning America host said he was up for the challenge.

Following a pop-up fitting, 150 custom suits were designed to help the team build confidence on and off the field.

“They just felt so wonderful,” Sanders said. “You should’ve seen their faces. They lit up when they walked into that room. … It was phenomenal.”

“When you’re wearing those suits with a team, it’s a sense of community,” Strahan said. “You have a frame of mind that you’re going into this game to be accountable to each other from the beginning.”

The big game day came one year after Sanders was announced as JSU’s new head coach, ESPN reports. It was a groundbreaking decision that Sanders said God called him to do.

“I am truly blessed to be the 21st Head football coach of Jackson State University,” Sanders said in a statement at the time. “It’s my desire to continue this storied tradition and history of JSU and prayerfully bring more national recognition to the athletes, the university, the Sonic Boom of the South, and HBCUs in general.”