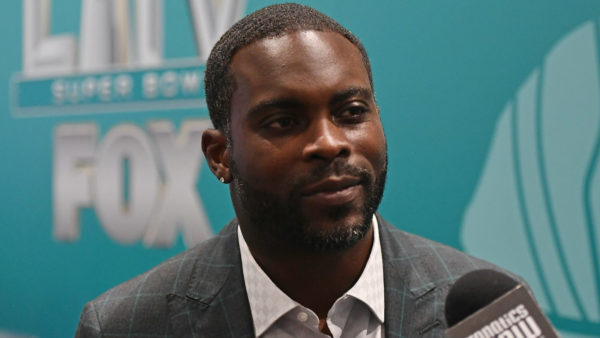 Former NFL quarterback Michael Vick hasn’t touched a pigskin in over six years. Still, he will once again don a football jersey reportedly with an undecided team in the Fan Controlled Football League on May 28, the beginning of the final week of its regular season, according to Bleacher Report.

Once seen as the NFL’s most promising quarterback for the Atlanta Falcons, as the first pick in the 2001 NFL Draft, Vick’s career took a hit when he pleaded guilty in 2007 to operating an illegal dogfighting ring. He spent almost two years in prison, Larry Brown Sports reports.

Vick owned up to his transgressions and partnered with the Humane Society to help enforce stricter penalties for dogfighting, according to Bleacher Report.

“The best thing to do was make amends for what I did. I can’t take it back,” he said in 2015. “The only thing I can do is influence the masses of kids from going down the same road I went down. That’s why I work with the Humane Society, and affecting a lot of kids’ lives and saving a lot of animals.”

He returned to his NFL career by playing with the Philadelphia Eagles in 2009, the New York Jets, and the Pittsburgh Steelers. In 2010, the league awarded him the Comeback Player of the Year. He played his last NFL season in 2015.

Now at 41, the four-time Pro Bowl may not have the same speed as in his youth. However, last year, he demonstrated that he still possesses the athletic agility to complete a 40-yard dash in 4.72, which was four-tenths of a second more than the 4.33 he ran over two decades ago, according to Larry Brown Sports.

I gave it all I had and ran with purpose for a great cause! Next year I’m training harder because my right hamstring at about 27yds started hating on me as usual. Shout out to @richeisen for running 4.4 #RunRichRun #StJude #RunYour40 pic.twitter.com/z84X3MhgOd

Playing in the FCF piqued Vick’s interest after he saw Terrell Owens’ success in the league this year. Owens, 48, played on the same team as Johnny Manziel.

The FCF expects Vick’s participation in the upcoming matches will increase ratings. The league pulled in 12 million viewers from Twitch, Peacock, NBCLX, DAZN, and fubo Sports Network this season.