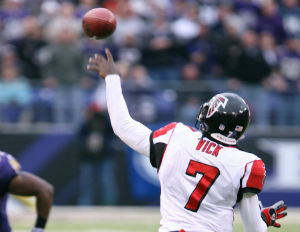 Steelers quarterback Michael VickÂ has recently announcedÂ his support of PA House Bill 1516, also known as the “pets in carsâ€ bill. If passed, the bill would allow police officers the right to save dogs and cats from vehicles left unattended in extreme, unsafe temperatures. Vick is scheduled to meet with Pennsylvania lawmakers today.

The NFL baller will be traveling from Pittsburgh to Harrisburg later today and will try to use his high-power status for a good cause. He will be accompanied by schoolchildren from Harrisburg to lobby the Democratic caucus, according to a spokesperson.

“I know that I’m an unlikely advocate,” Vick said through a representative. “I was part of the problem. Now, my perspective can help reach people that activists can’t reach. I can help others become agents of change.”

Back in April of 2007, Vick was involved in a major federal caseÂ that began with a search of one of his properties in Surry County, Virginia, finding evidence of a dog fighting ring. The case attracted national publicity and brought animal safety and abuse issues to light, and also helped to expose the practice of gambling on dog fighting.Â Police discovered 54 dogs that had injuries at the site. Vick pleaded guilty and was immediately suspended from the NFL without pay. He also faced 23 months in prison, with three years supervised probation. In 2009, Vick was reinstated by the NFL, signing a contract with the Philadelphia Eagles, and later played for the New York Jets. In August of 2015, Vick signed a one-year contract with the Pittsburgh Steelers.

Perhaps Vick is trying to change the public’s perception of him through his support.

What are your thoughts on his supporting the legislation? Share with us below in the comment section.