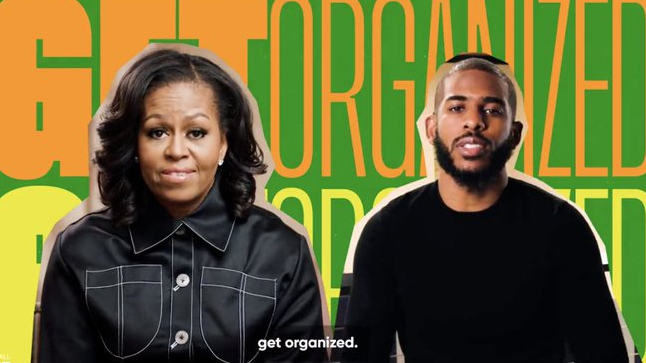 The push to get more college students to register to vote has started!

The Squad Challenge is When We All Vote’s first campaign for historically Black colleges and universities (HBCUs). It is geared to empower HBCU students to take a leading role in voter registration, education, and mobilization efforts on their campuses and the communities surrounding them ahead of the 2022 midterm elections. BET, Baller Alert, Watch The Yard, HBCU Buzz, and Xceleader’s Vote HBCU program are among the founding partners on the Squad Challenge.

“As a proud HBCU graduate, I know that our Historically Black Colleges and Universities are the heartbeat of Black culture, and it’s critical that we make sure voting is a part of that culture. For decades, HBCUs have led the way in social change, and I’m excited to work with students, alumni, educators, and our partners on HBCU campuses to reach our communities in real and engaging ways that allow our voices to be heard in the midterm elections and beyond. And I’m also thrilled to start this work early to end the cycle of engaging these campuses only in the fall before major elections,” said Stephanie L. Young, Executive Director of When We All Vote, in a written statement.

Squads on campuses throughout the country will receive grants of up to $3,000 to support their nonpartisan voter registration, education, and mobilization efforts. Activities can include hosting events and voter registration drives, training new volunteers, educating voters, and canvassing their campus and surrounding communities. The Squads that execute the most creative and culturally relevant concepts will be eligible to win various campus events and activations, including celebrity appearances in partnership with BET.