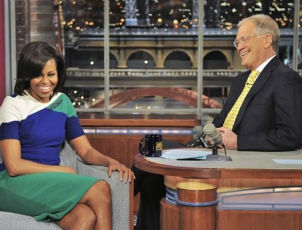 Mrs. Obama said she thinks everyone should follow coverage of both party conventions, as it’s a good way to help citizens make a decision in the presidential election in November. However, as the wife of the Republican party’s opponent, the first lady has no intention on keeping up with the party’s festivities this week. “I tend not to watch it,â€ she said.