Michelle Obama Tears Up During Gun Violence Speech in Chicago 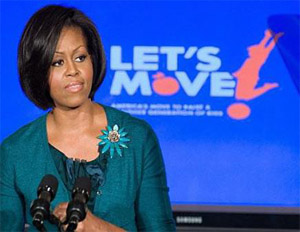 First Lady Michelle Obama teared up while giving a speech on gun violence in Chicago yesterday.

Obama, who was in ChicagoÂ to speak with business leaders about the need to eliminate gun violence, held back tears as she remembered 15-year-old Hadiya Pendleton who performed at President Obama’s inauguration and was gunned down in Chicago just days later.

“Let me tell you, it is hard to know what to say to a room full of teenagers who are about to bury their best friend,” Obama said. “But I started by telling them that Hadiya was clearly on her way to doing something truly worthy with her life. I told them that there is a reason that we’re here on this earth, that each of us has a mission in this world, and I urged them to use their lives to give meaning to Hadiya’s.”