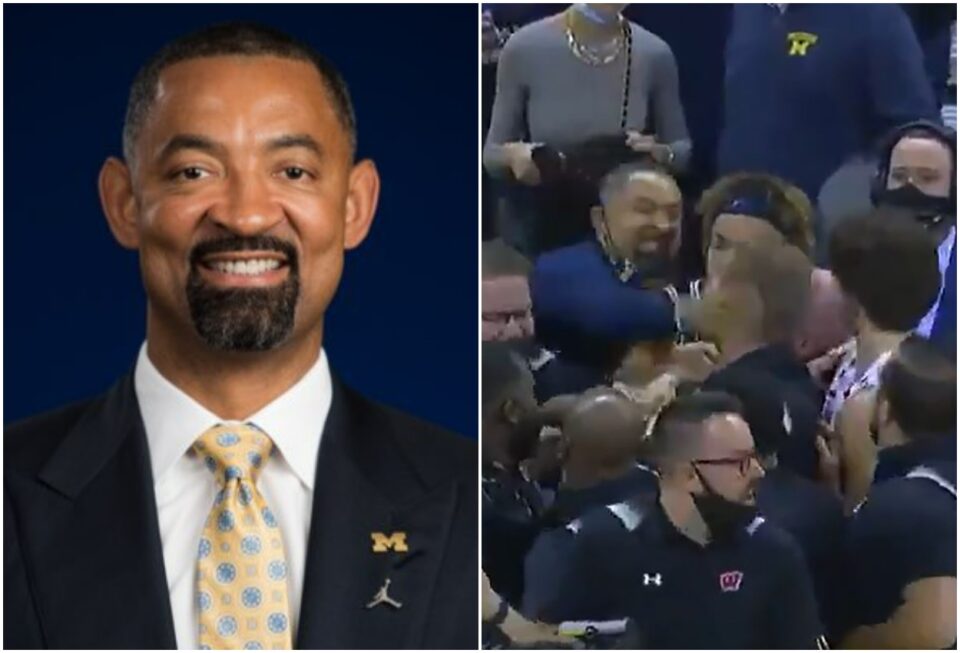 Former NBA player and now head basketball coach for University of Michigan Juwan Howard has been suspended for the remainder of the collegiate basketball season.

According to CNN, “The Fab Five” alum of the 1991 University of Michigan basketball team that made it to the NCAA Championship game has been suspended for five games. During a confrontation with an opposing coach over the weekend, Howard struck the University of Wisconsin Men’s Basketball Head Coach, Greg Gard, after losing a game to his team.

The punishment was handed down by the Big Ten Conference as Howard was also issued a $40,000 fine. The conference also cited Gard for violating the conference’s sportsmanship policy.

The Big Ten Conference issued a statement regarding the action.

After viewing the video of the incident, there were other penalties handed out.

“Big Ten Conference coaches and student-athletes are expected to display the highest level of sportsmanship conduct,” said Commissioner Kevin Warren in a written statement. “I am grateful for the partnership with Michigan Athletics Director, Warde Manuel and Wisconsin Athletics Director, Chris McIntosh. Our expectation is that the incident yesterday will provide our coaches and student-athletes with the opportunity to reflect, learn and move forward in a manner that demonstrates decorum and leadership on and off of the court.”

Howard was a part of the famed all-freshman team dubbed “The Fab Five.” They were the first team to reach the NCAA Championship, with every starting player being a freshman. The 1991 team lost the game in the last seconds when Chris Webber called for a timeout the team did not have. The penalty for doing so cost Michigan the chance at becoming the first all-freshman team to take it all.