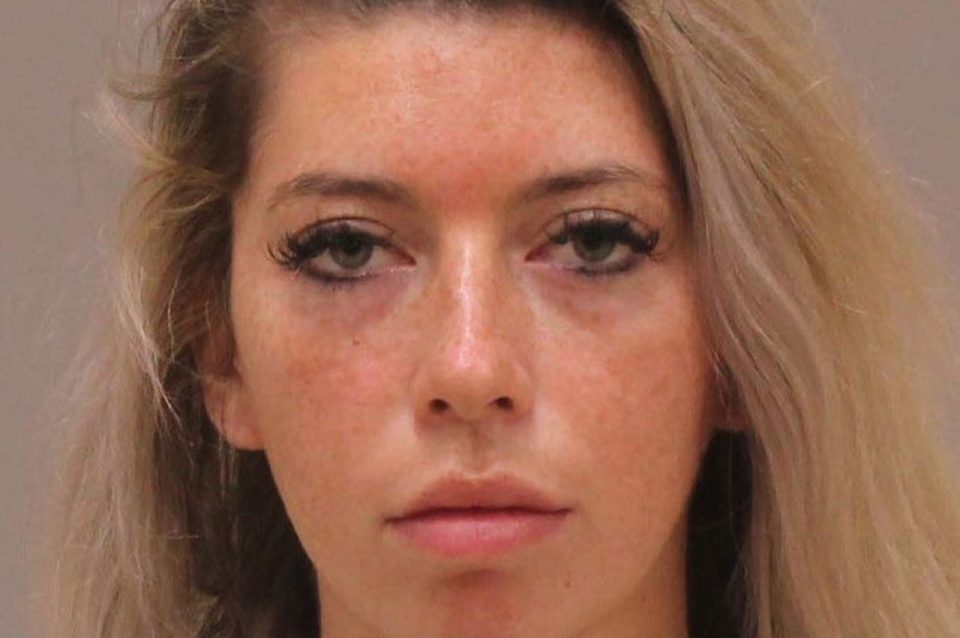 A Michigan woman has been placed under arrest after she showcased herself destroying property and encouraging other people to riot while streaming on Facebook Live, according to MLive.

The woman, 22-year-old Alexandria “Ally” Lyons, 22, of Grand Rapids, livestreamed herself on social media, and authorities say the footage will help them prove their case.

Lyons was arraigned on Tuesday, June 2, in Grand Rapids District Court on charges of inciting a riot, which is punishable by up to 10 years in prison if convicted. She was also charged with malicious destruction of property, which is a 5-year felony.

She was taken to police headquarters for questioning after police received multiple tips that she was involved from people who saw her on social media. Lyons refused to talk to investigators and requested an attorney.

But while she was at the police station, investigators received a text of a video that allegedly shows her kicking a window out.

Police said Lyons was with a large group when she posted a Facebook Live video.

“She is heard multiple times encouraging her friends and others to throw bricks or other objects at windows of multiple businesses downtown and at one point picks up a brick herself and mentions heading ‘back to the courthouse,’” the arrest affidavit says.

It also states that she and her friends allegedly encouraged others who were trying to break into an automated teller machine (ATM) and allegedly helped themselves to jewelry in a smashed display case on the sidewalk.

“Defendant could be heard telling her friends to get her a gold bracelet because she already has silver ones,” police said in the affidavit.

She and her friends were also suspected of taking beers from Mojo’s Dueling Piano Bar and Restaurant after she encouraged others to break windows,” police said.

Allegedly, Lyons later posted a video of a party that took place at her house after the riots. Clothing that was stolen from F. David Barney Clothiers, located at 125 Ottawa Ave. NW was seen in the video, police said.

Police also found a shirt from the store when they went to Lyons’ home.