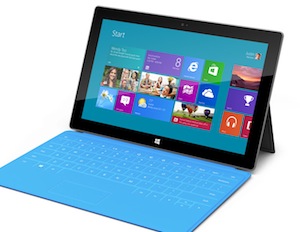 Alex Kibkalo, who now lives in Russia and formerly in Lebanon, is a former Microsoft employee accused of sending proprietary software to the unnamed blogger prior to the release of Microsoft’s Windows 8 operating system, revealed by an indictment on Business Insider.

Microsoft learned this by searching the blogger’s email account without his consent.

They were able to search the blogger’s hotmail account to see that he had indeed received infomration from Kibkalo about certain patches for “Window 8 RT for ARM devices, which Kibkalo made accessible through his SkyDrive account,” according to the indictment.

RELATED: Microsoft Office May Finally Hit The iPad Next Week

After the search, Microsoft alerted the FBI to the leaked information.

Microsoft’s search of someone’s personal user account is a definite violation of privacy on the part of the company, although both the blogger and Kibkalo were exchanging information deemed private by the company.

With a precedent that a company can search your email at any moment based on its own suspicion is less than reassuring. In a statement to Business Insider, Microsoft said it went through a tough process to come to the decision. “We apply a rigorous process before reviewing such content,” the company said. “In this case, there was a thorough review by a legal team separate from the investigating team and strong evidence of a criminal act that met a standard comparable to that required to obtain a legal order to search other sites.”