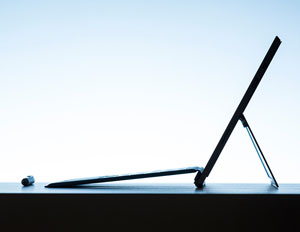 In a bid to make productivity easier, Microsoft has acquired email startup Accompli. The acquisition price, according to the New York Times, was $200 million.

Accompli bills itself as a more effective email client, that works on mobile devices ranging from iOS to Android.

Javier Soltero, CEO of Accompli, said in a blog post the acquisition would help Accompli continue to pursue its goal of creating better mobile email. “Today that journey continues as part of a larger organization with the technology, talent, and market reach that will help us take the vision of Acompli to hundreds of millions of mobile users across the world,â€ said Soltero.

The purchase of a multiplatform email client makes sense for the increasingly platform-agnostic company. Microsoft recently ported its Office 365 suite to iOS and Android, offering a subscription plan rather than a lump sum purchase to use its software.

It was only a matter of time before Microsoft dropped some coin on a new email app, but the amount is double what its competitors have paid in the past. Companies like Google and even Dropbox have already purchased their own bets on the future of email.

Email darling Sparrow was purchased by Google in 2013 for under $25 million, according to The Verge. Sparrow’s strong point was its simplicity and ease of use, something Google saw value in.

Mailbox, also a much-loved email app for iOS, was purchased by Dropbox in 2013 as well for around $100 million in cash and stock. The purchase came right before the company’s first developer conference, DBX, in July of 2013.