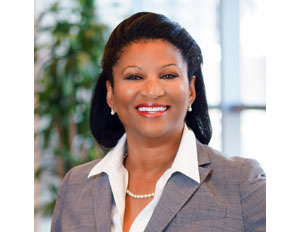 McDonnell previously held executive positions at some of the leading tech companies, including Aspect Software, IBM, Sun, and Apple. She also kicked off her new position with Microsoft New York by ringing the opening bell at Nasdaq during #GivingTuesday, an effort Microsoft is involved with, to help generate support for nonprofits.

“I’m delighted to join this amazing team as we support the transformation to a cloud-first, mobile-first world and encourage all our customers – enterprise, local governments and the citizens of New York City – to meet the opportunities of our changing world,â€ McDonnell says.

“My immediate priority will be to lead the New York team to achieve more, with a focus on revenue growth, organizational effectiveness and operational excellence. I know the team shares my customer obsession, and I look forward to helping us reach new sales heights. At the same time, I’m eager to drive our work in leveraging technology to make a difference in the community, especially for youth and education.â€

Microsoft is establishing increased presence in New York City. It recently opened its flagship Microsoft Store on Fifth Avenue in Manhattan. The company also has regional offices in Time Square, which is also home to the New York Microsoft Technology Center (MTC).