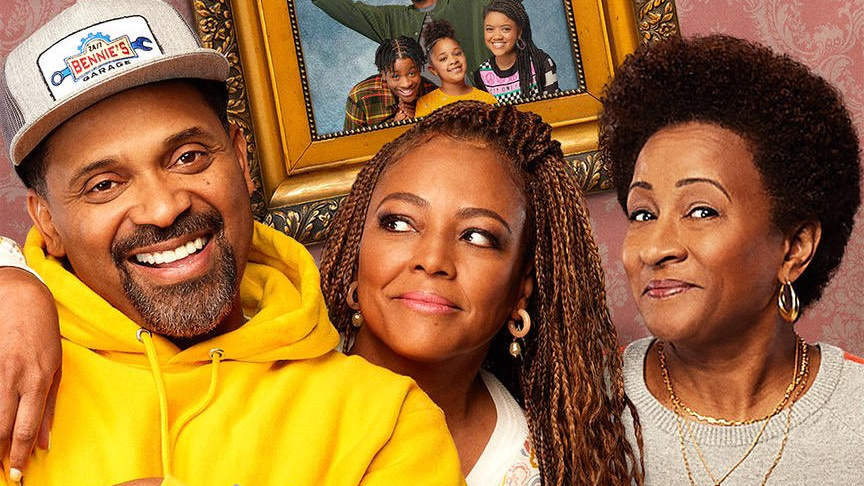 A trailer for the upcoming season of the Netflix comedy series, The Upshaws has been released ahead of the June 29 debut.

The series stars stand-up comedians Mike Epps and Wanda Sykes as well as television sitcom legend, Kim Fields. Netflix describes the situation comedy as a show that focuses on a working-class Black family living in Indiana as they struggle to make life and things work in their favor. Attempting to make it right without the blueprints to do it.

what do y’all think #TheUpshaws are going to get up to in season 2 👀 pic.twitter.com/P43rkwav4K

Here is the official series synopsis:

Epps plays the head of the household of the Black working-class family based in Indianapolis, Bennie Upshaw. He is a charming, well-intentioned auto mechanic who has been a mess his whole life. His intentions are to step up and take care of his family, which includes Fields playing his wife, Regina, their two young daughters, Aaliyah and Maya (Khali Spraggins, Journey Christine), and his firstborn son, Bernard (Jermelle Simon). The family also includes his teenage son, Kelvin (Diamond Lyons) whom he fathered with another woman, Tasha (Gabrielle Dennis), and his sister-in-law, Lucretia Turner who is played by Sykes.

The series premiered last year and will make its second season debut later this month on June 29. It will be broken up as the official trailer for season 2, part 1 was released earlier this week. The upcoming season of The Upshaws will showcase the family’s continued ride through life’s ups and downs. New storylines will include exploring new loves, old flames, big dreams, life changes, and the love and drama that comes with family.