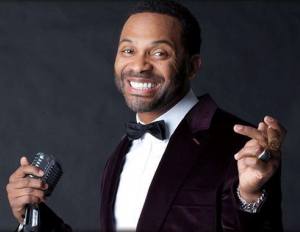 Mike Epps will portray the late comedian, Richard Pryor, in an untitled 1980s-era series about the Los Angeles Lakers, according to HBO’s breakdown of characters.

The series is based on “Showtime: Magic, Kareem, Riley, and the Los Angeles Lakers of the 1980s,” which was written by Jeff Pearlman. On HBO’s website, Pryor was described as a “prolific and boundary-breaking comedian who lived the Hollywood dream, sometimes in excess.”

Per Pryor’s official website, the funny man was said to be one of the most influential comedians in comedy’s history. He reportedly experienced rape—at the hands of a teenage neighbor—at just six years old. According to reports, Pryor was also molested by a Catholic priest and watched his mother engage in sexual acts.

Some of Pryor’s fans may also not realize that the late comedian escaped early traumatic memories by going to the movies. He also performed in amateur comedy shows, during his brief stint serving in the Army, according to his biography. His eclectic life experiences explain some of his raw stand-up flavor. Although he died in 2005, Pryor remains an icon.

Deadline reported that Epps currently stars in and produces the Netflix comedy  called The Upshaws.

Epps was supposed to play Pryor in a biopic, but it was put on pause button after filmmaker Lee Daniels, who was producer, exited the project titled, “Richard Pryor: Is It Something I Said?” It was backed by the Weinstein Co., per The Hollywood Reporter.

To complicate matters, Harvey Weinstein—a once highly acclaimed film producer who was convicted of rape and was co-owner of Weinstein Co.— became wrapped up in bankruptcy and a settlement issue with his accusers. However, the Hollywood Reporter  noted that Epps will portray Pryor in a supporting role in a biopic called” Nina” about acclaimed singer Nina Simone.