Mike Tyson On Fighting Evander Holyfield A Third Time: 'I’d Love to Do It' 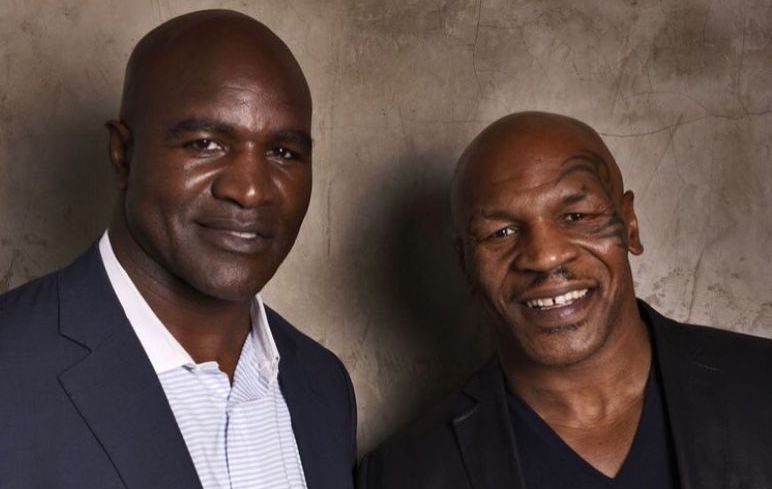 Trilogies are always the best way to settle match-ups that do not give a clear cut winner, especially when it comes to sports. With the upcoming Mike Tyson-Roy Jones Jr. exhibition match quickly approaching at the end of the month on Nov. 28, people are curious as to Tyson’s next move.

According to The Independent, the talk of a third fight between Tyson and Holyfield would not only create an enormous buzz but, it would make an interesting fight given the history between the two combatants. Although Holyfield won both boxing matches between the two, the infamous second fight was memorable after Tyson notoriously bit Holyfield’s ear.

Tyson had suffered an 11th round technical knockout (TKO) to lose his heavyweight title back in 1996. The rematch, which took place the next year, ended in the third round, but not by knockout. Tyson, frustrated with how Holyfield was handling him, ended up biting a tip of Holyfield’s ear off, which got him disqualified.

In an interview last week on NFL on Westwood One Sports, Tyson spoke to Jim Grey when he was asked about a possible third fight with his former rival.

Tyson said: “That’s always something that we can do if the people want it, if it’s pragmatic enough, I’d love to do it.”

When Grey questioned Tyson about people having a problem with him doing this at the age of 54.

“Old guys – that word don’t even make sense,” he added. “Old – it’s just a new time, a new thinking period in our lives. This is what we want to do. Sometimes the gods of war, they revive you and say, ‘You have to do more.’

Who would like to see Holyfield vs Tyson 3? Or who else would you like to see me get in the ring with in an exhibition? #teamholyfield