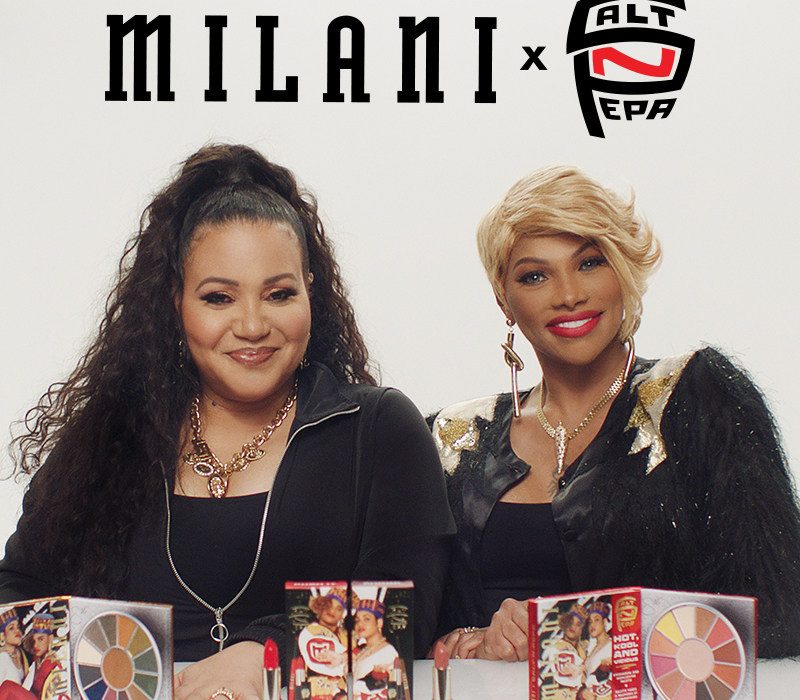 Indie beauty brand Milani Cosmetics has partnered with hip-hop legends Cheryl James and Sandra Denton, aka Salt-N-Pepa, on a makeup collection celebrating the iconic style of the famed duo.

“Milani was one of the first brands to champion diversity and stand behind the mission of offering prestige quality to all,” said Evelyn Wang, CMO of Milani Cosmetics, in a press release. “Throughout their career, Salt-N-Pepa have achieved many notable ‘firsts’ – first female rap act to gold and platinum status; first female rap act to win a Grammy Award. It’s been a collaboration that celebrates breaking barriers and true confidence. It was only fitting to launch during Black History Month and upcoming Women’s History Month.”

The limited-edition collection has been available since February 16th, when it launched on Ulta.com and then milanicosmetics.com on February 20th. It can be purchased in stores–including Walgreens and CVS–starting March 15th. To learn more about the collection, click here.

“Makeup has always been a form of self-expression for us. I love to experiment and play with different looks and have been a long-time Milani makeup user. My mother and sisters also use the brand, so this partnership took things full circle,” said Pepa (Sandra Denton). “Milani’s message of diversity and inclusivity really resonated with us,” Salt (Cheryl James) shared. “It was extremely important for us to create products that represent us and are accessible to our fan base.”

Salt-N-Pepa, the first female rap group to attain platinum status, has sold more than 12 million albums to date. The duo’s industry accolades include a Grammy Award for Best Rap Performance by a Duo/Group, various MTV Video Music Awards, and the “I Am Hip-Hop Icon Award” from BET.